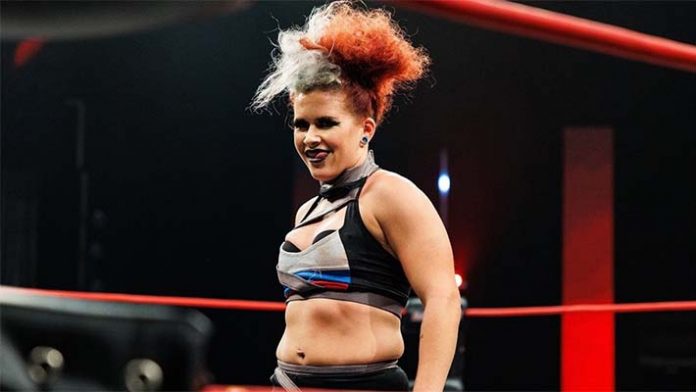 On October 7, IMPACT Wrestling presents arguably its biggest show of the year, Bound for Glory. The show itself is absolutely stacked from top to bottom. It will be headlined by Josh Alexander defending his IMPACT World Championship against Eddie Edwards in what is sure to be an absolute banger of a match.

We will also see Honor No More defending their IMPACT World Tag Team Championships against the Motor City Machine Guns. Mike Bailey will defend his IMPACT X-Division Championship against Frankie Kazarian. Also, Mia Yim will take on Mickie James, where if James loses, she must retire.

Slamovich made her debut for IMPACT Wrestling back in June of 2019 in a losing effort when she faced Havok. Two weeks later she would go on to lose to Jordynne Grace as well and that would be it for over two years.

Slamovich would make her return to IMPACT in October of 2021 and has been on an incredible run since. In her first match back she was unsuccessful. However, she proved to be able to go with one of the best that IMPACT has to offer, Deonna Purrazzo.

Since that night, Slamovich has gone on an incredible run. She would go on to defeat just about everyone who was put in front of her. Some of these names include Havok, Alisha Edwards, Tenille Dashwood, Madison Rayne, Gisele Shaw, and Deonna Purrazzo.

This past Thursday on IMPACT Wrestling, Jordynne Grace handpicked Slamovich’s match, and she chose to have Slamovich face independent wrestling star, Allie Katch. The match wouldn’t just be an ordinary match. It was a Monster’s Ball match. The match has proved what we already know, Slamovich can hit hard.

This electric run that Slamovich has been on has to culminate at Bound For Glory. IMPACT Wrestling has struck gold with Masha Slamovich, and they have to make sure to have it pay off. Jordynne Grace has been an incredible Knockout Champion, but it’s time for a change to happen in the Knockouts division.

Masha Slamovich has never won any gold in IMPACT Wrestling. This could all change on Friday, October 7. With how strong Slamovich has been made to look, this can only end with her being the one to end Grace’s Knockout Championship reign.

What do you think of Masha Slamovich winning the IMPACT Knockouts Championship? Let me know on Twitter @ScottsScoop44. Enjoy the show!