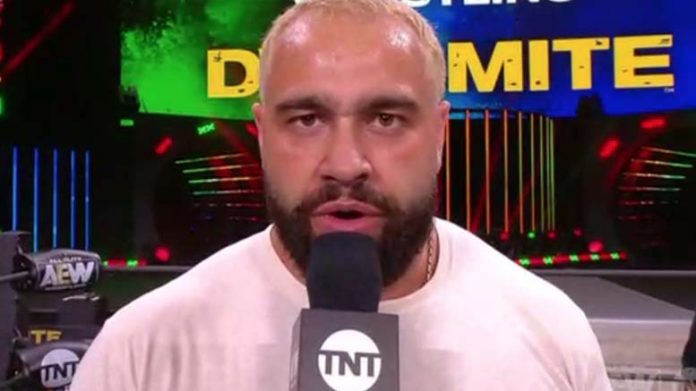 As PWMania.com previously reported, former WWE Superstar Rusev (Miro) made his debut during this week’s Dynamite broadcast. Following the show, Miro commented on his AEW status, what the future holds, and more. You can check out some highlights from his interview below:

On his emotions leading up to his debut and his promo: “But yeah, the feeling is great, and I really, really felt great. I feel, through the whole day, just my feelings. Like, I was trying keep myself numb for the past two or three days. And by that I mean I was just trying to tune out of old emotions and everything that is going by. I think it was the last two days that really got to me. It got me really, really excited. The closer it got, the more excited I got. And I just — all day, just going back and forth, back and forth just thinking, ‘What should I say?’ And then it’s like, not just ‘What should I say,’ but the things that I say, I felt all those things. And I do feel all those things still. That’s why I believe this is not just a promo per se, but those were are my actual feelings. I do feel that I am the best, and I do feel the thing I said about the brass ring.”

On looking forward to working in AEW: “I’m super excited, AEW. There’s been about 95,000 people here that I’ve never worked with … But they’re all super-nice, though. Everyone is so nice here, everybody’s so receptive. Kip, man, Kip is great. Kip and Penelope, congratulations for their wedding. Since I’m going to be the best man, clearly it’s going to be the best wedding ever. And if you know me, you know I know a thing or two about weddings. You’ve seen me have about only four of them, and that’s only the ones that you know. No man, but I’m super excited about everything, I’m stoked.”

On his reaction to coming out on Dynamite: “Walking out, I felt goosebumps. I see Billy Gunn in the crowd, and see all these people. Billy Gunn was my trainer before. Knowing that he’s here, and he was so happy, man. Just seeing his smile and everybody else’s, and the crowd. Because yes, in AEW we do have crowds … and it’s just a fantastic feeling being in front of people.”

On still planning to do Twitch streams: You know I love my video games and and I love Twitch. And I will keep doing Twitch all the time. But wrestling is my love, man. I came to this country, to the United States of America to be a professional wrestler. And now I’m in the best pro wrestling promotion. And that’s all Elite Wrestling, man.”