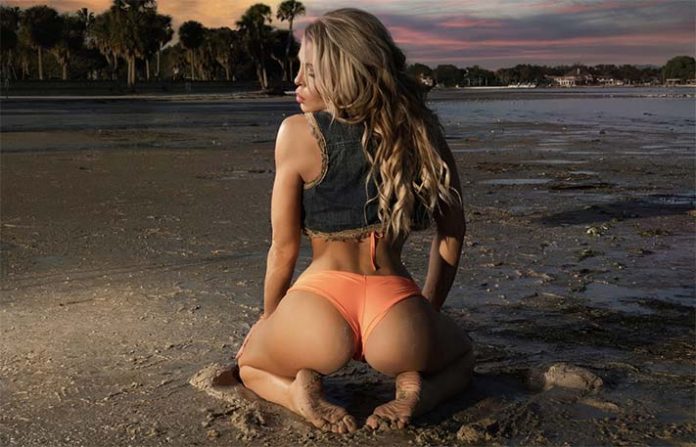 Natalia Markova sat down with PWMania.com’s Scott Mitchell (@ScottsScoop44) to talk about her career, working with some of the great women she’s worked with, and her recent issues with WWE’s Carmella.

Markova began working with NWA in 2021. “Being a part of NWA is amazing,” Markova tells PWMania. “Billy Corgan is an amazing boss.” Markova goes on to say that Corgan is trying to build something very unique and authentic to the wrestling world.

“When you go to NWA shows, you see the heart and soul that everyone backstage puts into the product,” says Markova. “They make a big effort trying to tell you a story. When you go to a show, they want you to feel real emotions. At NWA you see personalities, actual characters, and see the story.”

In her early days of wrestling for the NWA, Markova got to wrestle against fellow NWA star, Kenzie Paige. “I enjoyed working with her,” says Markova. “I think Kenzie is great and has good potential. Years from now she will be a big star. She definitely already has a strong following as well.”

Shortly after Markova wrestled Kenzie Paige, she shared the ring with Kamille. Kamille is one of NWA’s top women and is the current NWA Women’s Champion. Markova says that the thought she had in that match was that one day she will get the title.

Markova says that getting the NWA Women’s Championship is her goal for this year. “Kamille is good,” says Markova. “She’s snug and intense. I can’t wait to share the ring with her again. I can’t wait for a really good, and competitive match for the title. I think I deserve that title and deserve to be the face of the company.”

In Markova’s early days at NWA, she got to challenge for the NWA Women’s Tag Titles which were held by The Hex. Markova says that the match was fun and a great experience, but she’s not a tag wrestler and prefers to be a singles wrestler.

“I’m a lone wolf,” says Markova. “Tag titles aren’t really titles that I go for, I want a singles title. I saw a little note that there’s another title for women in NWA about to be launched. I’ll look at that one too and see what happens.”

Markova also got to face off with one of the best women’s wrestlers around today, Mickie James. This was amazing and a great experience for Markova. She learned a lot from this match. “When stuff like that happens and you get to work a legend, you step up your game so much by just being in the ring with that person.”

Markova is very appreciative of the opportunity she was given. “I’m grateful for Billy Corgan believing in me and putting me in the ring with her,” states Markova. “I want to thank Mickie James as well for being so awesome and a true professional. I really appreciate that a lot.”

One of Natalia Markova’s favorite matches came against KiLynn King at NWA. Markova says that King is definitely one of her top five opponents. Markova enjoyed working with King and talks about how good she was and how great she was to work with. “I liked that the match was really snug, strong-style, and intense,” says Markova. “That’s how I prefer to work and I think she feels the same way.”

Markova also hopes to square off with KiLynn King on an NWA pay-per-view one day again. Markova also got the chance to work with Taya Valkyrie. Her match with Taya at NWA was the second time Markova has wrestled her.

“I enjoyed working with her,” says Markova. “She’s a big name in wrestling. She’s all over the place, and in AAA too. I’m going to AAA on Sunday. We’re doing similar stuff and that match was an exciting and great experience for me.”

Recently, Markova has had issues with Carmella from the WWE. “I lecture so much against any drama,” says Markova. “I didn’t even know until people started tagging me about her using my catchphrase.”

Carmella shared a couple of photos on Twitter of her using Markova’s catchphrase as a gimmick. “I thought to myself, let her see the people mentioning her and she’ll stop doing it,” states Markova. “The wrestling world is small, obviously she saw it. The week after she saw it, she put another tweet with the same catchphrase.”

This is when Markova started to really feel disrespected. “I would have expected her to stop doing that out of respect for the wrestling business,” says Markova. “I’m a known wrestler, I’ve done a lot. I’ve had a big career, even though I’m not the most popular wrestler, people know about me.”

“Stuff like that is cheap and not the right thing to do,” says Markova. “I think stealing is bad, it doesn’t matter if you’re a big star or a small star. It’s just disrespectful and if she wants to be a noble person she has to stop using my catchphrase.”

Markova has t-shirts with the phrase on them that Carmella used. “Everyone knows it’s my catchphrase,” says Markova. “If she asked me, I’m a nice person and would totally discuss it with her. Doing something like that just isn’t noble.”

“I don’t like when people who are big and popular can get away with everything just for that reason,” says Markova. “It’s not about me at that point. Morals should be the same for everyone, regardless of popularity. We should all respect each other and be noble human beings.”

Natalia Markova is wrestling in Mexico Sunday for the first time in her career. She will be taking on La Hiedra and participating in a big women’s tournament for the company. “If you check my career and see my record, I win a lot of tournaments,” says Markova. “My SHINE Nova Championship and my House of Glory Championship have been won in a big tournament as well.”

Markova is really looking forward to this show as this will be her first time ever wrestling for AAA in Mexico. “AAA is a huge promotion, and a different style for me,” states Markova. Markova has competed in the states in Lucha Libre type of shows, but is really looking forward to traveling to Monterrey, Mexico for the first time in her career and competing in front of the Lucha Libre fans in Mexico. “If you’re from the area, come check it out,” states Markova.

This year, Natalia Markova’s main goal is to sign a contract and be attached to a company. “I’m a team player, and if I work with a promotion, I want them to grow,” says Markova. “I want to feel like I’m home.”

Markova says that she has felt like a “drifter” of sorts. “I’ve been all over, everywhere. I want to find my home,” says Markova. She also really wants to win the NWA Women’s Championship this year.

You can support Natalia Markova by following her on Twitter and Instagram @RealNMarkova. She has t-shirts, 8x10s, and, car air fresheners with a coconut scent. If you are interested in buying any of her merch, her DM’s are open and she will be more than happy to speak with you.

Did you get yours? 😜 DM me to order ❤️❤️❤️ And watch @nwa 😉💋🌟 pic.twitter.com/SuChbPdewJ