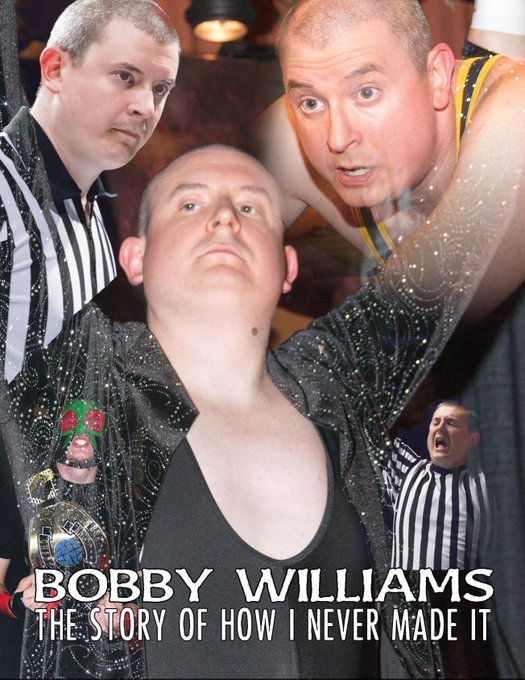 There’s sometimes a cliche used in the professional wrestling industry about those that have a lifetime of memories associated with their involvement in the sport, often referred to as, “growing up in the business.”

For Bobby Piskor, the past twenty years that he spent around the grappling arts quite literally saw him grow up in the business, as he went from a 15-year-old kid paling around with his mentor, the late Devil Bhudakahn to one of the most tenured and respected veterans of the Pittsburgh area, a region known almost as much for its extensive history of wrestling as the steel it once produced. An already-published author, Piskor’s written release earlier this year chronicled the life of James “Devil Bhudakahn” Fawcett, who tragically took his own life in 2007 at the age of 32. All proceeds from the book continue to be donated to suicide prevention in the memory of Fawcett. Bobby’s latest literary offering, “How I Never Made It” details two decades of his time in the sport. A referee, wrestlers, and graphic designer, Bobby has countless stories that could only happen in the unique world of the squared circle.

It’s an autobiography, It’s filled with stories and pictures. My other book projects were more photos and lists of results than actual stories of my career. The Devil Bhudakahn “Man Behind The Mask” was a book about the life of Devil Bhudakahn, told by some of his peers. I have found that writing has been very therapeutic. It helps me to open up and talk about painful memories, and share my crazy experiences,” said Piskor.

While the title is meant as a form of tongue-in-cheek self deprecation, “How I Never Made It” details the journey of a talented prospect that was looking for his big break in wrestling, and the unexpected peaks and valleys of that pursuit Those that truly want to “make it” have to take advantage of every opportunity that presents itself and follow the leads, regardless of if they yield feast or famine. From the time he designed primitive webpages and set up chairs in VFW halls before he was old enough to drive, Bobby dedicated himself to an always-evolving goal of making a name for himself among the pro ranks. Readers will be treated to the often comical dynamic associated with the traveling independent wrestlers. One weekend, Piskor shared the ring with the legendary Jerry “The King” Lawler before he found himself inside the ropes with some local yokel that could barely tie his boots the following weekend. From obscure and sparely-attended events in some town in West Virginia that nobody has ever heard of to sold out venues with over a thousand fans in the building in England, Bobby has experienced the completely spectrum of pro wrestling glory.


The reason why is simple, regardless of if an event has a big bankroll or a shoestring budget, quality performers are always in-demand. Bobby Piskor learned the industry from the ground up as he grew up inside the sport, and could excel in any role he was given when the bell rang. On one night, he might be the pivotal third man in the ring as a referee to be the glue of a match, or he might take on a villainous persona as Robert Parker Williams, a wrestler that always delivers a solid bout.

4 years ago @IAmJericho showed up unexpectedly at an @IWCwrestling show. Thanks to @The_BigLG I was mentioned on Jericho’s podcast from a match we had. pic.twitter.com/iUM0Oc0RMG


“The biggest takeaway is that I have almost twenty years of experience and stories. My tale of professional wrestling has been very emotional. There were a lot of highs and a ton of lows. I have always kept to myself for the most part, I don’t share a ton with fans. This is the first time I have openly talked about my personal life,” he explained.


“In wrestling, it’s one thing to be skilled in one role, but RPW has been skilled in every role he has taken on,” said BC Steele, Piskor’s real-life best friend and widely considered the best manager in Pittsburgh wrestling.

When he’s not counting the three or clobbering opponents in the ring, Piskor trades his singlet for a dress shirt, as he works in the offices of the Allegheny Country court system of Pittsburgh. In contrast to the jeers he hopes to generate as a wrestling villain, he finds out the contrast at home with his wife Natalie, a talented artist, and their young daughter, Lucy. On an early Saturday morning, it’s not uncommon for him to sip on coffee while he studies Great Muta matches before he lands on the couch to watch cartoons with Lucy. Bobby often cites his family as a tremendous source of happiness for him so he finds it relatively easy to balance those responsibilities with his duties in the wrestling industry.

“My family is very supportive of my professional wrestling career. I work a full-time job Monday through Friday. I come home at night and am a husband and a father, I live a very normal family life at home. In my downtime, I am always coming up with something creative, whether its a graphic, or a t-shirt idea, book project, or a wrestling poster. I am always thinking about the business, I also don’t sleep but a few hours a night so I am always involved in something. My next project is the story of JT Lightning, a very accomplished Cleveland promoter that was a big influence on many from that area. I began working on this after the Devil Bhudakahn story. JT has touched so many people that it took a lot of planning and conversations before I could really begin it. I am about 75% of the way complete, just waiting on a few more submissions. I hope to have a release soon,” Piskor said.

So, while the definition of what “making it” depends on who you ask and is subjective by nature, the success for Bobby Piskor is difficult to dispute. Sure, he didn’t make it to Wrestlemania or land a full-time pro wrestling gig, despite a few close calls that he details in the pages of this new book. However, as a family man with a successful career outside of wrestling and one of the most respected contributors inside of the squared circle, you can definitely say that Bobby Piskor has, indeed made it.

For more information about Bobby, you can find him on Facebook https://www.facebook.com/bobby.piskor
You can follow him on Twitter @rpwwrestling138
To purchase “How I Never Made It” or any of Bobby’s other books, you can go to his website https://rpwwrestling.wixsite.com/rpwwrestling 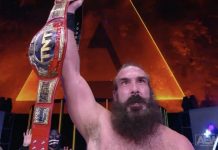