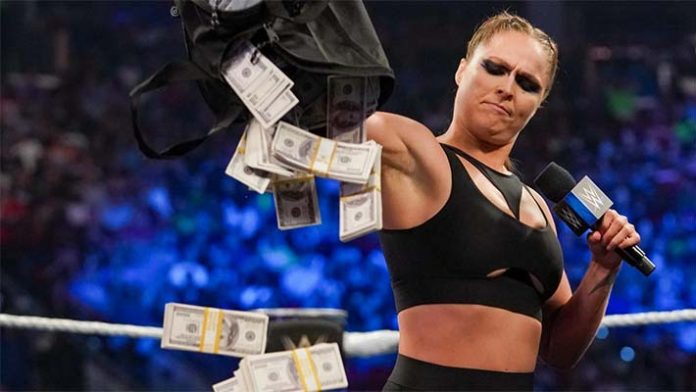 During Friday’s SmackDown episode, Ronda Rousey made her comeback to WWE television following a storyline suspension.

She took part in the contract signing for the title match at Clash at the Castle between Shayna Baszler and SmackDown Women’s Champion Liv Morgan. She paid her fine during that time by throwing cash on the table.

Rousey recently proposed that WWE use the funds to bring back wrestlers who had been released in an Instagram post. WWE released a lot of talent following the COVID-19 outbreak and claimed it was caused by budget cuts, despite the fact that the company was making more money than ever.

Rousey wrote, “Use that cash wisely @wwe – Maybe it can help with those “budget cuts.” Bring back some asses for me to kick.”

As PWMania.com previously reported, Becky Lynch recently took a jab at Rousey. Rousey threw cash on the desk to cover her storyline fine.