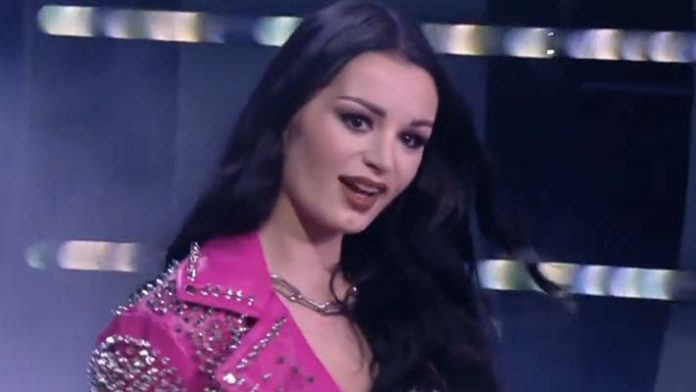 In the aftermath of the match, Baker, Jamie Hayter, and Serena Deeb launched an attack on Storm, with Serena Deeb joining in on the assault. Athena’s head was stomped on by Baker as she was getting ready to apply the lock jaw move.

As new theme music played, former WWE star Paige, now known as Saraya, entered the ring, and the heels left the ring as the audience gave a massive reaction.

After saving Storm and Athena from the attack, Saraya embraced them.

AEW President Tony Khan has confirmed Saraya is “All Elite.”

Welcome to @AEW! @Saraya is ALL ELITE!

Thank you to everyone watching #AEWDynamite Grand Slam TONIGHT! pic.twitter.com/8DUePoOsar

Below are highlights from the segment. Click here for AEW Dynamite results.

.@Saraya is HERE at #AEWDynamite Grand Slam and we are LIVE on @TBSNetwork! pic.twitter.com/bBqrfVUvS6