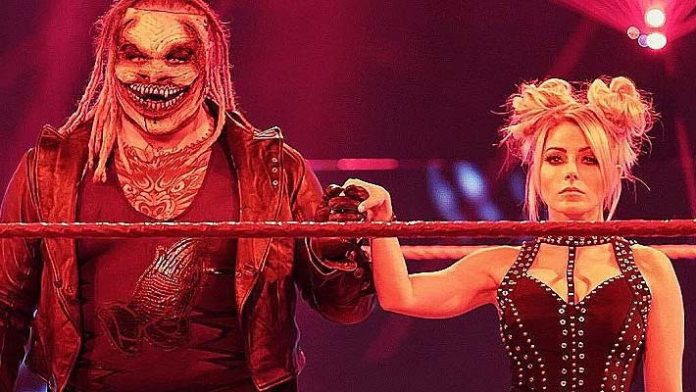 It seems that in the near future, we could be introduced to a different version of Alexa Bliss.

Bayley criticized Bliss for being a shell version of herself during Monday night’s episode of WWE RAW. During the main event, Bayley defeated Bliss, and the announcers kept pointing out that Bliss was not giving the match her all. The goal was to express that she had lost a step.

Bliss has been floundering on RAW since she dropped the supernatural aspects of her gimmick earlier this year, and they are using that as part of her storyline.

In addition to this, the lights went out for a few seconds during the main event. Some people are taking this to mean that Bray Wyatt is indeed going to come back and work with Bliss once more.

Earlier on in the show, a QR was displayed on screen during a segment with Austin Theory that took place backstage. You can watch the clip by clicking here. There was also another White Rabbit tease during a RAW commercial break, which just so happened to take place immediately after the segment between Alexa Bliss and Bayley earlier in the show.

Stay tuned to PWMania.com for more. Here are some highlight’s from RAW’s main event: