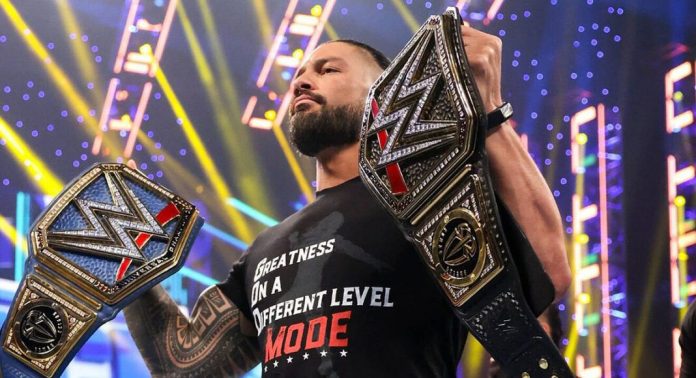 For tonight’s WWE SmackDown broadcast, a number of things have been revealed. The SmackDown preview was posted on the WWE website along with three announcements, featuring two matches and a segment.

Undisputed WWE Universal Champion Roman Reigns will address his Clash at the Castle challenger Drew McIntyre on the show. This is expected to be the main event of the September 3rd UK event.

In order to challenge Gunther for the Intercontinental Championship, Shinsuke Nakamura will compete against Ludwig Kaiser. There was no indication of a date for the impending title match.

Finally, a Gauntlet Match between Raquel Rodriguez, Aliyah, Shotzi, Xia Li, Shayna Baszler, Natalya, and Sonya Deville is scheduled to decide who will face Liv Morgan for the SmackDown Women’s Title at Clash at the Castle.

At SummerSlam, WWE scheduled a rematch between Ronda Rousey and Morgan for the SmackDown Women’s Title. Rousey eventually submitted Morgan by tapping out just as the referee counted to three with Rousey’s shoulders pinned to the mat. Morgan got the win. After the match, Rousey made a heel turn by striking Morgan and the referee.

Rousey was suspended by WWE in the storyline, but she is expected to return to television soon.