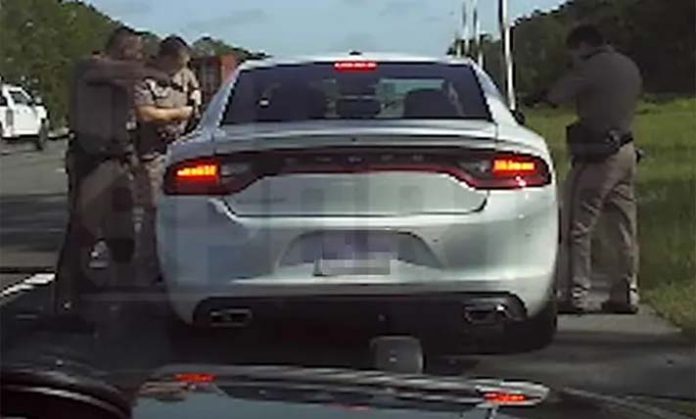 TMZ.com obtained video footage from the traffic stop. TMZ provided the following description of the incident.

“In the footage, you can see after cops stopped Hardy’s white Dodge Charger on a freeway after they said it had been swerving all over the road and driving erratically … they walked to his car and appeared to shout orders at him through his closed windows. Hardy, though, seemingly didn’t comply — which caused each officer on the scene to pull out their firearm. Fortunately, Hardy eventually opened his car door without issue … and the officers were able to get him out of his vehicle without incident.”

During questioning, Hardy appeared to admit to consuming shots of Fireball before getting behind the wheel, according to TMZ. Hardy also revealed to the cops that he had a doctor’s appointment for a head brain scan.

You can watch the video below: