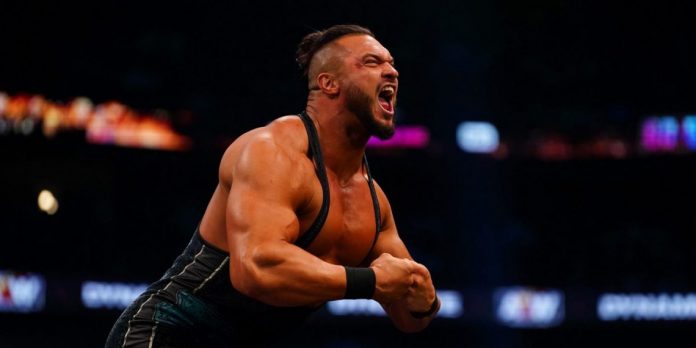 AEW star Wardlow recently spoke with Inside The Ropes to promote tonight’s Steel Cage match on AEW Dynamite with Shawn Spears, which will feature MJF as the special referee. This is Wardlow’s final stipulation to get the Double Or Nothing match with MJF on Sunday. He was asked about “the biggest match of his career” and his journey to where he is now.

“Oh, man. It’s been a rollercoaster to this point,” Wardlow said. “You know, it’s kind of wild. You say this is the biggest match of my career. I feel like I’ve been very, very lucky to say that every couple of months, it seems. It’s like I almost feel like people are getting sick of me saying it.

Wardlow has gone from being one of MJF’s henchmen to a fan favorite riding a wave of popularity to the top of the company. He discussed his original goals for his babyface transition and his reaction to it.

“You know, I think COVID played a big factor in a lot of things,” he said. “I think COVID kind of hung up a lot of plans for a lot of people, and maybe things should have happened at a different time. But then again, no. Everything has happened exactly how it was supposed to. Trust me, there’s days where I think I should have slapped MJF a long time ago and gave him the middle finger. But I wouldn’t change a single thing at all.

“So I always had this feeling that when that time came, it would be a big deal. And you obviously, you hope and you pray for the proper response. However, that moment exceeded all of my wildest expectations. You know, you question how to handle that moment and what is the proper, the true, proper way to handle that moment. And it was done perfectly. And again, I can truly, honestly say there’s nothing I would have changed about that night, about that moment, and to hear the crowd’s reaction when I set that ring down in front of punk and turned around and walked away. The reaction from the fans as I walked away was and I think you could see it in my walk. I was feeling a certain way.”

Wardlow’s recent comments about WWE’s Evolution and AEW’s Pinnacle stables and being compared to his idol Batista can be read at this link.