“I texted Tessa, she didn’t get back to me. I went and spoke to her at the show. She was not in a good place mentally because it becomes almost like gang warfare where everyone jumps on the hot topic,” he said. “I would state that I have a great relationship with her. I also have a great relationship with a lot of the other women that were talking about her. I was not there. I do know that there was a very physical confrontation between her and this other wrestler that led to a physical brawl. Sometimes, in the heat of battle, you say things that you will regret. Or, if you’re in a physical fight, you may not have a regret with that person. I know that Tessa used to date a famous wrestler who’s in WWE that is African American [Ricochet]. I know Tessa is currently engaged to Daga, who is Mexican. I do not feel that Tessa is racist. I could 99.9% say that Tessa has never shown — when I first met Tessa, a lot of people said, ‘Watch this girl’ and told me some things about her. I formulate my opinion for how somebody treats me. I also understand that people treat me differently because I’m Tommy Dreamer or I’m helping out behind the scenes. I remember one time, she comes up and says, ‘I don’t think you like me.’ I said, ‘I don’t even know you. Let me get to know you.’ She said, ‘Fair enough.’ That was it.”

“I think Tessa will eventually address it. I don’t know about the bullying thing. Yes, the whole supporting of other people, I think it comes with maturity. Tessa has done nothing wrong in her time with IMPACT Wrestling that I have seen. She will probably address it. I don’t know the situation. But when I say it’s gang mentality, I was in an arena full of wrestling fans chanting her name. I was in a locker room with every wrestler in the back supporting her. And turn a negative into a positive, just because not everybody has all the facts.” 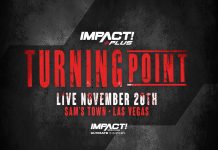 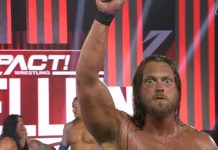