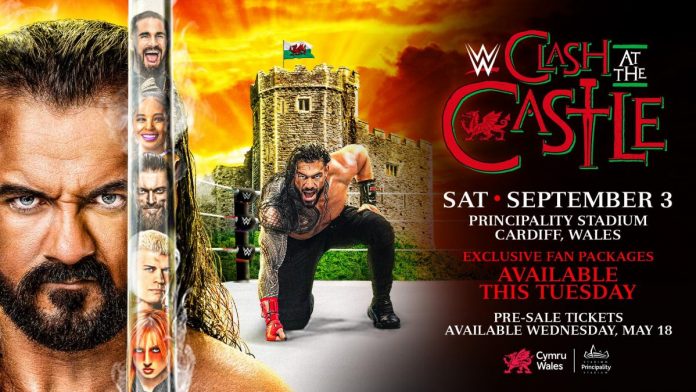 In a number of ways, WWE Clash at the Castle will be a historical event. It will be the first major pay-per-view event held in the United Kingdom since SummerSlam 1992. It broke WWE’s record for the most fans signing up for pre-sale tickets of any event in history, including WrestleMania.

In the latest edition of the Wrestling Observer Newsletter, Dave Meltzer noted that the September 3rd event at Cardiff’s Principality Stadium had strong initial ticket sales, with just over 40,000 tickets sold in the first week after 30,000 were sold in the pre-sale and about 10,000 more on the first day to the general public.

A complete sellout for that stadium would be 69,000, nearly 10,000 more than WrestleMania 38 did each night in April. According to reports, WWE management were thrilled with the sales figures, claiming that it “will be the largest non-WrestleMania gate in the history of pro wrestling and actually beat most WrestleManias for that matter.”

Because of the great demand among fans, WWE increased ticket prices, which is why the gate is so high. Current Undisputed WWE Universal Champion Roman Reigns is still on the card, and WWE has a potential opponent lined up for him. You can click here for our report on Reigns’ potential opponent for Clash at the Castle.