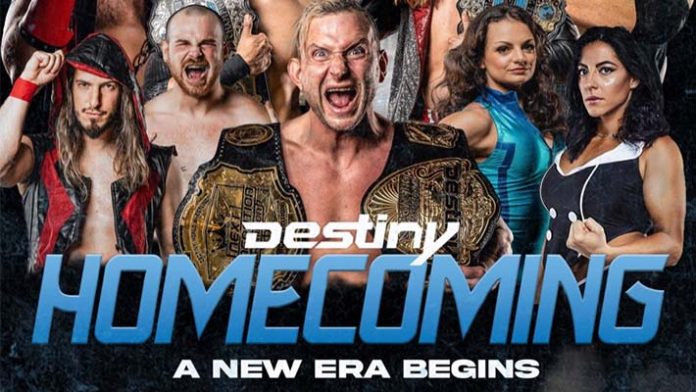 Destiny World Champion @aidenprince takes on @_BlakeChristian for the title….

Blake Christian may have to grow eyes in the back of his head as he can expect Aiden Prince’s fellow Destroy faction members Gabriel Fuerza and Vaughn Vertigo to inject themselves into the match at some point.

When asked what the fans can expect at “Homecoming”, Emilio had this to say:

“Fans can expect the same great show from Destiny that they have come to love over the years, with great local talent combined with some of the top stars from around the world but with some twists and surprises.”

I asked Emilio if he would be able to offer a few hints at what the surprises may be and he responded:

“For the most part the fans will have to wait and see. That is what makes the crowd pop, when someone unexpected shows up that was never advertised. The Internet today gives alot of these moments away before hand. But for myself, I like to hold them close to me, so the fans can feel that emotion when that person appears.”

“As kids our favourite moments were when we were opening gifts and not knowing what was inside. The thrill and the goosebumps I used to get at Christmas time, I want to give the fans that experience again.”

The special guest ring announcer for the event will be pro wrestling super fan Steven Spice. 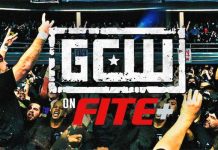 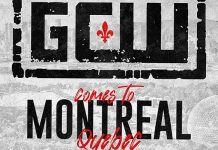