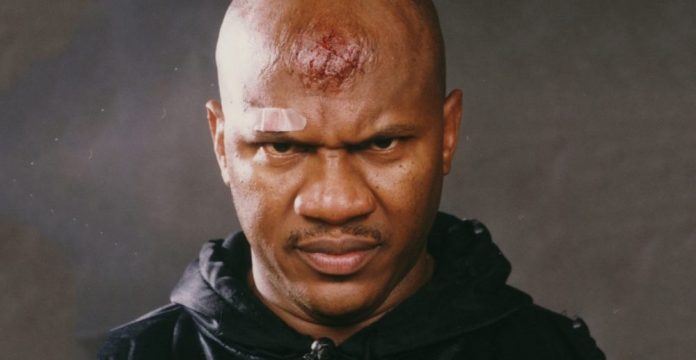 I have to be honest, when I saw New Jack’s name trending on Twitter, I assumed that he had another run-in with the law or some other type of legal incident, but I was very sad to see that he passed away at the age of 58 due to a heart attack, which was confirmed by PWInsider’s Mike Johnson.

On the surface, one might say that twenty years after ECW closed its doors that unfortunately, it’s not uncommon for some of the former extreme grapplers to pass away at a young age, especially from the well-documented risks that many of them took both inside and outside of the ring. Both Axl Rotten and Balls Mahoney passed at the age of 44. Still, it was shocking to see the news confirmed that the “Original Gangsta” was gone, considering that he exuded intensity and was the subject of an episode of season two of the critically-acclaimed, Dark Side of The Ring series. As he told wild tales to Vice TV cameras in a way that only New Jack could, it just didn’t seem like it was someone that would be gone less than a year later.

As controversial as he was charismatic, the real-life Jerome Young quite literally carved his own niche in the professional wrestling industry for one of the most unique careers in the history of the business. A bounty hunter before he entered pro wrestling, Young had a very traumatic upbringing with turbulence at home and had run-ins with the law during his youth. During a very insightful “Breaking Kayfabe” interview with Sean Oliver from Kayfabe Commentaries, Young shed some light on some of the disputes within his family, but didn’t provide too many direct details. One of the real-life revelations from that interview was that while his wrestling persona claimed four justifiable homicides during his time as a bounty hunter, the real-life competitor explained it was one justifiable homicide during his work in the field.

As much as the scripted sport of wrestling is on the other side of the spectrum from that of a bounty hunter, Young got his start in the ring when he trained under Ray Candy, who was an accomplished grappler as a part of the The Zambuie Express, working for a variety of organizations during a nearly twenty-year career. After a stint on the independent scene in Georgia, New Jack was paired with Mustafa Saed to form “The Gangstas,” a duo from South Central LA, in 1994. The team got a break in Smokey Mountain Wrestling, Jim Cornette’s throwback territory of the mid-1990s, and while the gimmick was too much for the region at the time, New Jack’s topical promos about the tension of the era got him noticed around the wrestling scene.

RIP to New Jack. This will forever be the greatest promo he’s ever cut pic.twitter.com/A9JU7iJDIT


Ironically, New Jack made his name on a national scale doing anything, but wrestling. However, the SMW stint where The Gangstas worked with the Rock N’ Roll Express, New Jack actually could perform the technical maneuvers.

Still, the bread and butter of his act went beyond a picture perfect maneuver. New Jack had a believably and an authenticity that very few had during his era. Jerome Young fully embraced his “Gangsta” persona and while it made him standout during the boom period of the industry in the late-90s, the decisions he made with it ultimately put a ceiling on his career.

The Gangstas tag team was brought into ECW in 1995, a year when the South Philadelphia-based group began to pick up steam, and by the following year, there was a possibility of pay-per-view, which is where the big money was to be made on a national scale in sports entertainment. Keep in mind, this was two decades before the expanded distribution of media made broadcast fees one of the most lucrative aspects of the television business. For example, the WWE makes record-setting revenue today with it’s TV deals because the genre brings a consistent and steady rating, which is key to maximize ad revenue for cable networks. The fact that Vince McMahon produced weekly live content, which brings a better ad rate, is enough for the networks to offer major money to broadcast his shows. That scenario is made possible by the fact that there are more forms of media now than any other time in history so advertisers look for the most efficient way to market their products, and an organization with an established fan base gives them an edge in the crowded marketing landscape. Basically, the option for fans to invest in the product with WWE Network subscriptions is almost secondary, just getting viewers to watch the product is a successful situation because the money to be made from the television contracts is the biggest revenue stream.

The reason I explain this is, it’s important to understand that during ECW’s existence, pay-per-view, the ability to sell consumers on a direct wrestling product, was the biggest money to be made in the industry. ECW’s ability to become a commodity on pay-per-view really was the difference between another national promotion in the United States or just a regional organization that stars might work for in between stints in the big leagues.

As is well-documented, Eric Kulas, a 17-year-old that claimed to be a wrestler, used a fake ID to get a spot on an ECW house show as a last-minute replacement for Axl Rotten, who couldn’t be at the show in 1996. What followed was the infamous “Mass Transit Incident” where New Jack took a blade and cut Kulas, who requested that he bleed during the contest. Clearly, New Jack went overboard with the blade job because Kulas was arrogant backstage before the event started. Still, Kulas lied about his age, asked New Jack to cut him, and shouldn’t have been in the ring. The aftermath saw ECW’s pay-per-view debut for 1997 almost cancelled, and Young was charged with assault, but the charges were dropped after Kulas changed his story.

As charismatic and unique as New Jack was, there was no way the multi-million dollar corporations of WWF or WCW were going to offer him a contract after the incident put doubt on ECW’s PPV future, which Paul Heyman eventually smoothed over to get Barely Legal back on the schedule. Essentially, the Mass Transit incident prevented Young from getting other offers at a time when there was fierce competition for talent in the industry.

Fast forward to 2004 when New Jack was scheduled for a WWE tryout with rumors that he would be involved with the John Cena/Carlito angle at the time. Young told different versions of the story throughout the years, but he either left or refused the tryout. Around this same time was when he got into a legitimate confrontation in the ring with a nearly 70-year-old Gypsy Joe, beating him with a bat at a sparsely-attended independent show. Just a few months before the Cena/Carltio angle actual took place on WWE TV, Young was involved in another real-life altercation in the ring when some goofy weekend warrior legitimately punched him as a match started in Florida. New Jack took a blade from his pocket and stabbed the opponent nine times before he kneed him in the face. New Jack was arrested for assault, but the charges were dropped.

This was again a scenario where Jerome Young took things too far and made himself unemployable with the national groups, even though he still had the talent to be an asset at that stage of his career. Some might argue that New Jack was just a typecast of an ECW performer with limited in-ring ability and his character only got over within that product.

However, I disagree because New Jack had the previously mentioned believably and authenticity, which is what ultimately draws money in the wrestling business. At a time when the industry was at a peak and there were three national companies, no other performer in the business was similar to New Jack or could maximize their minutes on screen quite like him. In a genre were narratives might be changed slightly to evolve as something more modern, which is fine, New Jack really was an original, which is very rare for pro wrestling. The music of Natural Born Killaz playing throughout his matches is an iconic part of wrestling history, and the clips of the insane balcony dives that were used in ECW TV intros were one of the aspects that made the organization standout, even though it didn’t have the production value of the competition.

Young spoke about and sometimes glorified his past drug use in interviews. In some ways, especially after the prime of his career, it seemed like his inability to separate the character from real-life might’ve cost him bigger opportunities. I could be wrong, but I honestly believe that a performer with the mics skills and the presence of New Jack could’ve drawn money even after ECW closed. But, he stabbed someone nine times on tape, what national organization is going to take the risk of the negative publicity to sign him?

Thankfully, in more recent years, it seems like Jerome Young found a level of peace in his life, as he avoided any major incidents and appeared to be happy at his home in North Carolina. Cameos and social media clips showed him surrounded by memorabilia of his career that decorated the walls of his house so hopefully, after the trauma of his life that he was at least able to find happiness in his later years.

Some will discount New Jack’s talent because of his style, but his charisma, promo skills, and authenticity undoubtedly led to one of the most unique careers in the history of the professional wrestling industry.

Sincere condolences to Jerome Young’s friends and family at this difficult time.

Donations can be made for his final expenses https://www.gofundme.com/f/for-family-friends-fansecw-legend-new-jack