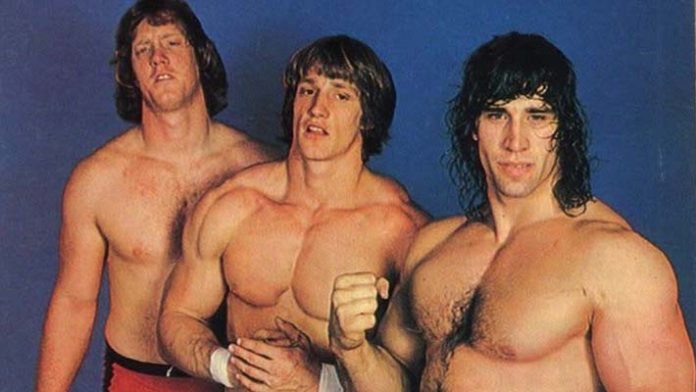 It looks as if Jeremy Allen White will be joining the upcoming film cast to help retell the story of one of wrestling’s greatest yet most tragic families, the Von Erichs.

The Iron Claw, directed and written by Sean Durkin and produced by A24, will see the retelling of the tragic Von Erich pro wrestling family. So far, two of the brothers have already been cast, with Zac Efron playing Kevin while Harris Dickinson (Where The Crawdads Sing) will portray David. Deadline reported on Thursday that Jeremy Allen White, best known for his starring role in the FX critically acclaimed series The Bear, will play Kerry Von Erich.

The film’s synopsis reads, “Based on the true story of the Von Erichs, the film follows the rise and fall of the family dynasty of wrestlers who made a huge impact on the sport from the 1960s to the present day.”

The Von Erichs would rise to prominence during the 1980s. Their timeless feud with The Fabulous Freebirds is the stuff of wrestling legend and lore. This would be overshadowed by the untimely deaths of almost all of the Von Erich brothers, starting with David in 1984. The official cause of death was acute enteritis, though there was plenty of speculation from wrestlers at the time that it was a drug overdose. It was David’s tragic passing that led to the NWA holding a tribute show in May 1984 in which Kerry defeated Ric Flair to become the NWA World Heavyweight Champion. This reign would be short-lived due to Kerry not being able to hold up his responsibilities as champion. Fritz Von Erich would petition the NWA for another chance with the title until they eventually left the NWA in 1986.

Kerry would be the only brother to go to the WWF in 1990, where he would be called the Texas Tornado. Kerry’s highest achievement would be winning the intercontinental from Mr. Perfect at Summerslam 1990, along with and winning a match at WrestleMania VII, but he was gone from the company by 1992. Kerry would die of suicide in February 1993 at the age of 33 and was survived by his ex-wife Catherine Murray and their two daughters. One of them, Lacey, would go on to be a wrestler for TNA (Impact Wrestling).

Fritz, Kevin, David, Kerry, Mike, and Chris Von Erich were inducted into the WWE Hall of Fame in 2009. Kevin’s two sons, Ross and Marshall, are currently a tag team in MLW.