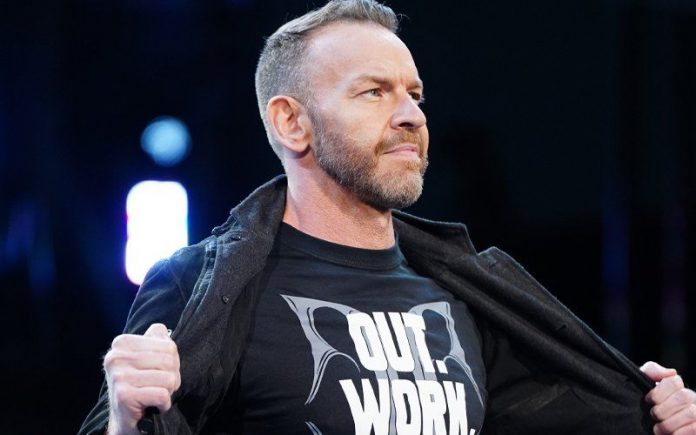 After last weekend’s AEW Revolution pay-per-view and the follow up to it on last week’s episode of Dynamite, there’s a prominent discussion among both fans and pundits about the status of the roster. More specifically, has Tony Khan brought in too many stars from the past, and will the company that was based on youthful enthusiasm skew too old going forward?

I have to say, I think most of the chatter is simply fans hitting the panic button when anything resembles anything close to TNA because the organization had the ingredients to become a truly national promotion at a time when the industry needed the alternative option before a series of critical mistakes sent the Dixie Carter project off a cliff. Let’s be clear, AEW is going to make its share of mistakes, but to automatically group that into the same category as Dixie Carter is misguided. As mentioned before, All Elite is already profitable because of its TNT extension so that alone puts it far ahead of what Dixie accomplished when Bob Carter paid for his daughter to be a TV star.

That said, as much as its successes are important to the longevity and expansion of the brand, it’s just as important, if not more so that All Elite avoid the major pitfalls that put WCW and TNA into bankruptcy. Let’s remember, similar to any entertainment venture, the sports entertainment business isn’t easy, and the capital needed to even attempt to be competitive keeps the vast majority of companies on the independent level. Marketing and drawing on a national basis are aspects that are a completely different level, which is why even independent groups with a niche following draw low numbers by comparison. If an indy show draws a few thousand buys for an iPPV, it’s considered a big success for that level, which is definitely an accomplishment, but AEW and even TNA in its heyday measure viewers by how many hundreds of thousands of fans tune in to watch the show.

Ultimately, that’s the main reason national success is such a difficult task because a company has to cover as many bases as possible to maximize the amount of viewers from the biggest demographic possible. It’s an even more difficult balance for All Elite because they won’t find success with an attempt to be “WWE lite,” which was proven by TNA, so they have to be an alternative, but still be enough of a main stream product that the causal fan could have a reason to watch the show, too. Maybe this is one of the current hurdles for AEW, they must differentiate themselves from the WWE, but if they book too “inside baseball” so to speak then they only market to a niche audience.

For the purposes of this discussion, I’m going to use a few examples of stars from each category, and see if the balance skews too far toward the older generation or not. Before we get there, I have to say that as great as it is to see talented performers get a break at the big time or land a spot with a national organization, I think AEW simply has too many wrestlers on its roster and there’s going to be a point where most of them just become random names on secondary shows that don’t make a noticeable difference in the product. Granted, I completely understand it’s absolutely wonderful for an aspiring talent to get the contract to achieve their dream, but there’s realistically only so many spots for a national wrestling company.

That actually brings up the first signing to discuss. As I wrote in an article a few weeks ago, Paul Wight, as much as he accomplished in the ring during his legendary career, is much more valuable at this point as a PR tool, which completely makes sense. The former Big Show is a recognizable star and he’s known as a real-life nice guy so when AEW needs someone to to press for the company, he’s a quality choice. Considering the beneficial working agreement that All Elite has with TNT, The Big Show making a guest appearance at an NBA game, Nascar, etc. are all ways to created brand awareness for the Khan-owned organization. Plus, a few select matches could theoretically draw money and publicity for the promotion. Obviously, the Shaq match that didn’t happen in the WWE for whatever reason would be a major match under the All Elite banner. While I understand Big Show being used in a non-wrestler role for commentary, I honestly don’t think another Youtube exclusive show will make a noticeable different for the organization and might actually had to the problem of too many wrestlers on the roster.

I covered the underwhelming nature of the Christian in-depth in a previous write-up so I want repeat everything here, other than to say he’s a tremendous talent, but doesn’t have the main stream star power that was expected with the amount of hype that was used for the announcement. That said, Cage is on the roster, and he definitely could have some very solid matches with many on the AEW roster, but outside of the in-ring quality, what purpose does Christian bring to the table? That’s not a jab against him, but more to point out that with a career as extensive and as accomplished, how does he break new ground in AEW? As mentioned, the return pop was at the Royal Rumble the previous month so fans have already had the chance to see him in the ring again. One of the main reasons there was so much buzz about his arrival in TNA in 2006 was because he was so underutilized in WWE at that time. TNA already did the “Christian finally wins the world title he deserved” storyline and it was replicated to some extent when he had a main event run in WWE in 2010.

At 47, Christian looks like he hasn’t aged much since he was wrestling full-time, but the confrontation with Kenny Omega last week implied that he might be involved in a storyline for the championship. Again, the “Christian wins the world title” storyline has already been told, and while I don’t think he will actually win the title, outside of a one-off match against Omega on TV, what’s there for Christian to do among the AEW landscape? I’m not saying he’s not valuable to the organization, but Tony Khan will have to find a way to book him that isn’t a retread of something that was done before or it will actually be a copy of the TNA era. The biggest takeaway from this Christian situation is just because someone is a name in the industry, it doesn’t mean they will necessarily have a productive place in any other major promotion. Don’t get me wrong, I hope that Christian has a great run under the AEW banner, but I’m skeptical that it will actually be a new chapter in his career.

Along the same line, Sting is a legend in the industry, but what he can realistically do in AEW might’ve already been seen so I don’t know how the company will further his story on TV unless he is used as Darby’s mentor in the future, which would be fine. The only downside to that is that AEW already has enough managers on the show. At 62, aside from Tony Schiavone yelling, “Sting!” before a repetitive promo the past several weeks, and the cinematic match at the pay-per-view, I’m not sure what else Sting can do in the company. Granted, Lance Archer interrupting him might be an indication of a bout in the future, but it’s doubtful Archer would be the best in a cinematic environment or that Sting should take choke slams at his age.

On the flip side, Jungle Boy is going to be a major star for the company and the pace that they have pushed him works very well. Too often, fans want to see someone spring board toward the main event, but Jack Perry’s journey is a much more important piece of the puzzle than just an eventual main event run. Allowing Jungle Boy to work his way up the ranks over time will generate an even better narrative when he is one of the featured performers on the card in a few years. Eddie Kingston is absolutely money, and his confrontation against Omega and Don Callis is a perfect example of the use of a baby face. Considering the notable run that Omega is on right now and the nature of the angle with him as champion, I’m not sure how an Eddie Kingston title win would work into those plans, but it should happen at some point because he brings a level of credibility that very few have in the industry. In a similar way that it makes sense to allow for Jungle Boy time to build his name for the future, MJF is on that path as a heel. It would be easy to put the title on him because he’s such a stellar heel, but getting the most steam from his story, including the faction vs. faction angle against Jericho, is a way to ultimately get the most out of his villainous persona before a main event run so he can be as established as possible when he gets to the top of the card.

So, does AEW have too many older stars on their roster?

Technically, no, but most of the answer will be determined by how those performers are used. If someone from the previous generation consistently gets more TV time or a more prominent spot in the organization than a few of the younger names mentioned, it’s very possible that AEW stumbles into TNA territory. There’s a fine line between the use of recognizable names and a retread of angles from the past. It will be very interesting to see the direction this going in the next few months because older stars on TV just because they were stars in a previous generation doesn’t build for the future so the key is how those performers are used in a way that progresses not only the narrative of their careers, but the narrative of the company. 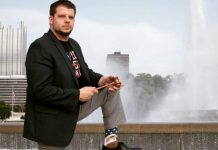 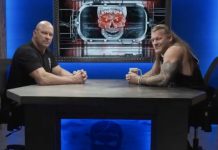