A new singles match between YOH and Hiromu Takahashi has been added to the May 1st NJPW Wrestling Dontaku event in Fukuoka.

Takahashi was originally set to team with Shingo Takagi and Tatsumi Fujinami against Zack Sabre Jr., Taichi, and Taka Michinoku. BUSHI will take Takahashi’s place instead. NJPW sent out the following:

“YOH’s motivation seemed to be in question in recent weeks, and after a loss during the Golden Fight Series tour opener this past Monday, he found himself aggressively called out by Hiromu Takahashi,” NJPW’s website wrote. “The Time Bomb stated that YOH was a ‘completely different person’ to the one who fought so valiantly in the Best of the Super Jr. 28 final this past December, a criticism that YOH took to heart. Bringing fire to the ring in Korakuen Hall this week, YOH would take to the microphone and promise that he would ‘crush’ Hiromu. Not waiting for Best of the Super Jr., YOH demanded the match happen sooner, and that bout is now official for Fukuoka.”

Here is the updated card for Wrestling Dontaku 2022: 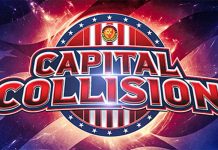 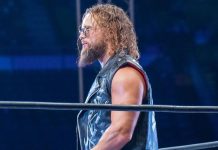