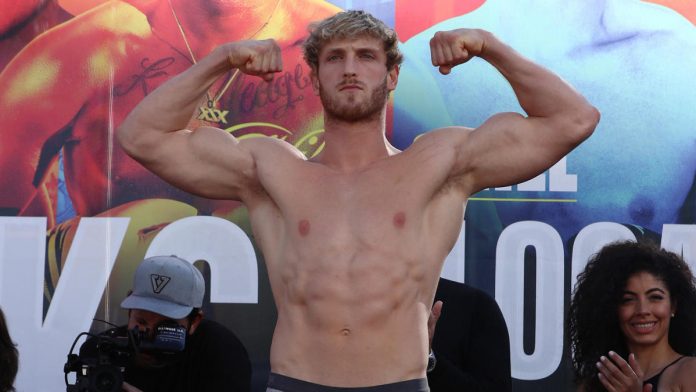 Professional boxing, known as the sweet science for it’s awe-inspiring display of technique, speed, and skill, has fallen.

There was a time in the United States when prizing fighting went beyond and symbolized more than just dollar signs at the box office, even if the sport had a long history of big business, as fans throughout generations were willing to spend their money on the thrilling events of the ring. When Joe Louis knocked out Max Schmeling in the first round of their 1938 rematch to reclaim the heavyweight championship, it was a victory over Nazi Germany for America. Granted, Schmeling refused any association with the Nazi party, and was later close friends with Louis, but the fact that the title wouldn’t return to a Nazi-controlled country was a victory for the USA. Cassius Clay “shook up the world” when he beat Sonny Liston for the title in 1964 before Muhammad Ali battled Joe Frazier for the “Fight of the Century” in 1971 in one of the most courageous displays of guts from both boxers in sports history. As we know, the legacy of Ali transcended the boxing ring and he became a global icon that made efforts to benefit humanity around the world. When Marvin Hagler and Thomas Hearns squared off in 1985, they had quite possibly the greatest round in the history of boxing, exchanging punches on the level of an Apollo-Rocky scene. In an example of art imitating life, the Ward-Gatti trilogy just over 15 years later would provide the real-life sequel to that narrative. Round 9 of their initial bout is often cited by boxing pundits as its generation’s version of Hagler-Hearns. Through the punches, blood, and bruises, a friendship was formed as Mickey Ward occasionally walked to the ring as a part of Arturo Gatti’s corner for later fights. When the late Gatti was inducted into the International Boxing Hall of Fame in 2012, Mickey Ward was there to speak on behalf of his friend. The chaos, controversy, triumph, and tragedy of the career of “Iron” Mike Tyson was the subject of books, film, and television. Barrera-Morales, Holyfield–Bowe, and other names are linked together throughout the pages of boxing history because of the thrilling and dramatic moments they brought to the sport.

Unfortunately, as the expansion of pay-per-view television in the early-2000s made the sport even more accessible than it was in the prior decade, boxing became more about promoters protecting their golden goose, and leaving more money on the table than they would’ve made otherwise than getting the biggest fights possible in the ring. In many ways, the 2002 super fight between Lennox Lewis and the previously mentioned Tyson was the last mainstream bout that lived up to the hype surrounding it. Sure, the 2007 battle between Floyd Mayweather and Oscar De La Hoya ranks among the best-selling PPVs, but it was the beginning of an era when those big money bouts were traded for glorified exhibitions on pay-per-view instead. “Money” Mayweather solidified his status after the win over the aging De La Hoya and carefully picked his opponents to minimize the risk while he still collected big paydays from promoters. Eventually, Showtime actually lost money on a few of the Mayweather ventures because the revenue generated didn’t cover his hefty guarantee.

Of course, it wasn’t all political red tape that hindered the perception of boxing in America. The Klitschko brothers, as dominate as they were throughout the early-2000s, more or less took the heavyweight division outside of the United States. A combination of lackluster competition (credit to both of them, they fought who was available at the time) and their European style that utilized a jab to often win on points, created a scenario that didn’t sell tickets in the United States. Instead of the heavyweight title bout as a top pay-per-view draw in America, big crowds flocked to see the Klitschkos fight in their native country of Germany, while it the fights were broadcasted on HBO in the afternoon in America. Again, give Wladimir credit, he fought both Anthony Joshua and Tyson Fury when they were considered dangerous opponents. Klitschko lost the pair of bouts before he officially retired in 2017, but those victories propelled Joshua and Fury to the next level.

Not surprisingly, political games began to dictate contracts more recently. Tyson Fury’s well-documented comeback to boxing after he vacated a belt to deal with substance abuse and mental health issues makes it very easy for fans to rally behind him. The charismatic and unconventional British fighter garnered a following when he combined his mic skills with punching power.

Ironically, it wasn’t until mixed martial arts began to take a notable slice of the pay-per-view pie within the last decade that more marquee boxing matches were actually signed to happen. Mayweather vs. Pacquiao, a fight that was at least five years too late, set pay-per-view records in 2015, but flopped in terms of quality. The revelation that Manny competed with an undisclosed shoulder injury soured many fans on the high-priced boxing pay-per-view cards. At the same time, Premiere Boxing Champions began to broadcast quality fights on Fox, allowing for main stream exposure for talented fighters. There were even a handful of cards on ESPN. One of the names that emerged from the PBC cards was Deontay Wilder, an unrefined heavyweight champion that had one punch knockout power. Granted, Wilder’s competition varied, but even the KOs of tomato cans made for good highlights. By 2018, for the first time in years, there was major intrigue into the heavyweight division, while Canelo Alvarez, a Mexican superstar that is the biggest draw in the sport, regularly showcased tremendous skills in quality fights. The sport finally had some stability and it looked as though there were featured bouts on the horizon.

In late-2018, Wilder and Fury fought to a draw, generating demand for a rematch, which saw Fury beat Wilder by TKO. During that time, Anthony Joshua suffered a surprise loss to Andy Ruiz before he avenged the loss and then successful defended his title again in December of 2020. It looked as though, the anticipated battle of British boxers would take place to determine the best heavyweight in boxing. After negotiations for a trilogy bout between Fury and Wilder stalled last year, Tyson decided to plan attempt to get the bout against Joshua on paper. Wilder took the matter to court and it was decided that his contract was still valid to get a rematch against Fury, despite the lack of demand for the contest based on the one-sided loss for Wilder. The trilogy bout was set for last month, but positive COVID tests in Fury’s corner postponed the bout until October, further stalling any momentum the heavyweight division had previously.

Top star Canelo Alvarez beat Billy Joe Saunders this past May on Cinco De Mayo weekend, which became some what of a tradition in boxing with another signature card held in September around Mexican independence day. Alvarez was negotiating with contender Caleb Plant for a bout in September, but more red tape almost saw the contest in doubt before it was agreed the fight would take place in November. Still, the sport doesn’t have the prime spot to showcase the top star in boxing.

While top fights weren’t in the ring because of political games, the sport had retired fighters or social media stars compete for sideshow events. Jake Paul beat former UFC fighter Ben Askren, who looked like he trained more for a dough nuts eating competition than a fight, and Jake Paul, who recently made a pointless appearance on WWE programming, fought Mayweather in a lackluster eight-round exhibition. I’m not sure why anyone follows Jake or Logan Paul, but I’m not the demographic that wants to know what coffee someone had on Youtube. The point being, these sideshow fights damage the legitimate sport of boxing on a long term basis because there’s a generation that gets the presentation of a circus as an example of boxing. If it draws money in the short-term is a different matter, but considering the amount of negative feedback from the Mayweather exhibition, how many times if Logan Paul going to be a draw on pay-per-view?

Tomorrow night, Jake Paul will fight former UFC welterweight champion, Tyron Woodley on pay-per-view. Similar to Askren, Woodley was primarily a wrestler during his MMA career. At 39, the former 170 LBS champion hasn’t won a fight in almost three years and is clearly past his prime. But, that’s exactly why Jake Paul will take the fight because it minimizes the risk. The political red tape and negotiations delayed some of boxing’s biggest potential bouts so the sideshow fights took the money on the table.