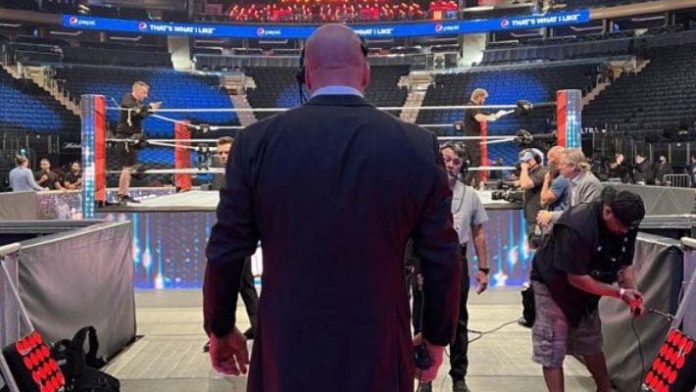 According to reports, there is currently considerable fear within WWE, at least among a few of the wrestlers who are unsure whether their opportunities will be as good under the new leadership as they were under former WWE Chairman & CEO Vince McMahon.

According to a recent report from the Wrestling Observer Newsletter, the new regime has a good and upbeat atmosphere, although several performers are anxious about whether they will keep or lose their positions.

However, there is a general sense of greater energy and optimism for the future. According to numerous reports, WWE Executive Vice President of Talent Relations & Head of Creative Triple H seems to genuinely care about the performers.

Others have noted a wait-and-see attitude, and some people exhibit paranoia because they are unsure if their spots will remain as desirable as they previously were.

It was also stated that there is a sense of calm and relaxation, with the women’s division feeling as though there will be more focus placed on them, and that the words “wrestler” and “wrestling” were no longer considered dirty words that talent was ordered to never use without authorization, which practically everyone views a good thing. Stay tuned to PWMania.com for more.