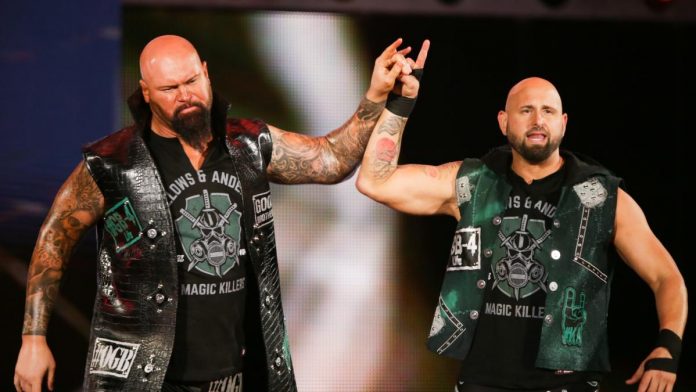 – According to PWInsider.com, the belief is that Anderson and Gallows were moved to RAW during the night of the Superstar Shakeup but the company never bothered to annouce the move until this week’s episode of RAW. At this time, there is said to be no change in their contractual status and they are expected to be leaving the company in the fall.

– Natalya responded to Dana Brooke’s comment on RAW about Natalya being handed opportunities:

I’ll be ready to knock you off a ladder, Lex. As far as @DanaBrookeWWE goes, saying I’ve gotten a “ton” of opportunities- I assume she’s talking about me dancing with Khali & passing a little gas with Hornswoggle. I’ve been at the bottom & I’m more than ready to climb to the top. https://t.co/WjHY8Ihgtr