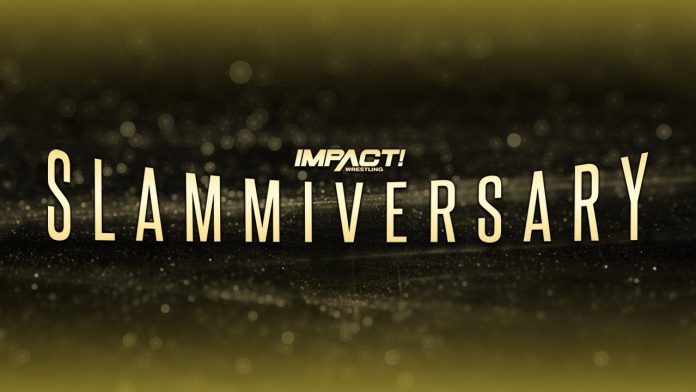 Two matches will be featured on the Countdown To Slammiversary pre-show, with a “fan-favorite match” returning and the Digital Media Title on the line.

The Reverse Battle Royal will return for the Slammiversary pre-show this weekend. This is being billed as the “long-awaited return” of a “fan-favorite match” and “the most notorious match type” in Impact, yet it has previously sparked controversy.

The Impact Digital Media Title match has been moved from the main Slammiversary pay-per-view event to the Countdown To Slammiversary pre-show, according to the announcement. Rich Swann will defend against Brian Myers in this match.

Swann recently defeated the injured Matt Cardona to win the new Digital Media Champion at a Wrestling Revolver event, however Cardona attacked Swann and fled the show still holding the championship. Cardona gave the title over to Myers, a longtime ally, in a vignette that aired on Impact recently, and now Swann will seek to reclaim it at Slammiversary.

Slammiversary 2022, Impact’s 20th anniversary celebration, will take place on Sunday, June 19 at the Nashville Fairgrounds in Nashville, Tennessee. The pre-show for the Countdown To Slammiversary will air live on YouTube and Impact+ at 7:30 p.m. ET.

The main card will then air live on Impact+ for subscribers, YouTube for Ultimate Insiders members, and pay-per-view beginning at 8 p.m. ET. The current card is as follows:

Countdown To Slammiversary: Reverse Battle Royal
Participants TBA
The match begins outside of the ring with everyone fighting until 7 wrestlers make it into the ring. The others are then eliminated, and the match switches to standard Battle Royal rules. The Battle Royal continues until there are 2 competitors left, and then they face off in a standard singles match to determine the winner.