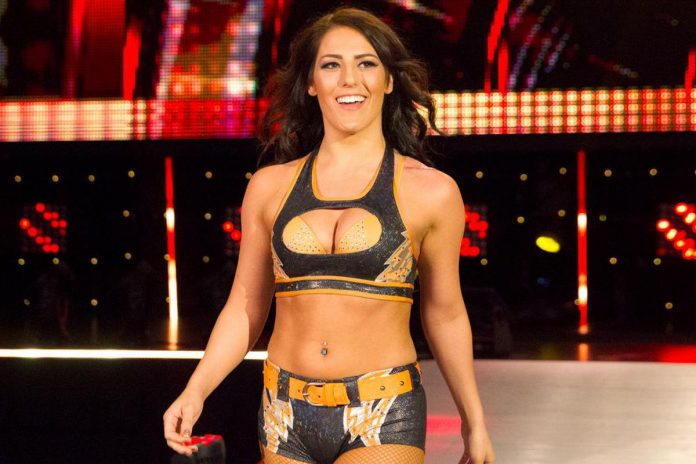 Impact Wrestling star Tessa Blanchard recently did an interview with Wrestling Epicente. Here are a few highlights that were passed along:

“What is cool is, Impact isn’t trying to compete with anyone. Impact is, simply, an alternative. It is such a neat thing because you see talent that is giving, literally, 200% from the beginning of the show until the end. Nothing is just passable, everything is great! That’s what I say, I don’t want to just be passable. I want to be the best in the world! I don’t want to be good, I want to be great! So, I’m taking the time to get there葉o learn from the people that are better than me and the people that have done something in the business.

Nothing is just good enough. We take the time and we make it freaking great! That is the great thing about Impact葉hey care about each individual talent and everything that we put out on TV has a lot of thought and time put into it. A lot of people that are extremely knowledgeable, like Gail Kim for instance. Gail Kim has done so much and has so much knowledge. I think she’s extremely underrated. She wants the product to be great and she doesn’t mind taking the extra time to get it there. That is a really invaluable thing to me.”

“You know, I’m not sure what is going to happen in 2019, but I do know that it is going to be better than 2018. That is a huge statement to make because 2018 was absolutely amazing. But, with the WOW Superheroes on AXS TV, which has Mark Cuban and Jeanie Buss behind that. I’m so excited for people to see that air in January. With Impact, I hope to retain my Knockouts championship. I hope for women to main event an Impact [PPV] event which has not been done yet. I hope to share the ring with Gail Kim one day … I hope that intergender wrestling can make a breakthrough. There are a lot of hopes for 2019. But, you know, I’ve been going moment by moment, match by match, and it seems to be working out so far!”