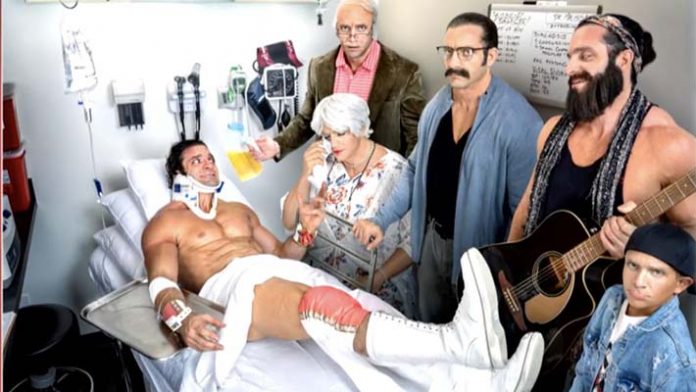 WWE provided a storyline update on Ezekiel this week on WWE RAW, and for those curious, his storyline with his “brother” will continue, at some time in the future.

It was revealed that Ezekiel is now receiving medical attention after Kevin Owens’ vicious attack last week. A photo of Ezekiel being surrounded by his family in the hospital was shown, as seen above. Elias was one of the individuals featured.

Additionally, they featured “Ernie, Jr.,” Ezekiel’s father, who vowed to give Owens a piece of his mind if he got his hands on him. Based on that, it appears that we’ll see Ezekiel and Elias’ father in a segment with Owens soon.

Following this segment, Owens appeared to have moved on from his rivalry with Ezekiel, interrupting Drew McIntyre’s in-ring promo to reveal his intention to challenge for the WWE Undisputed Universal Title.