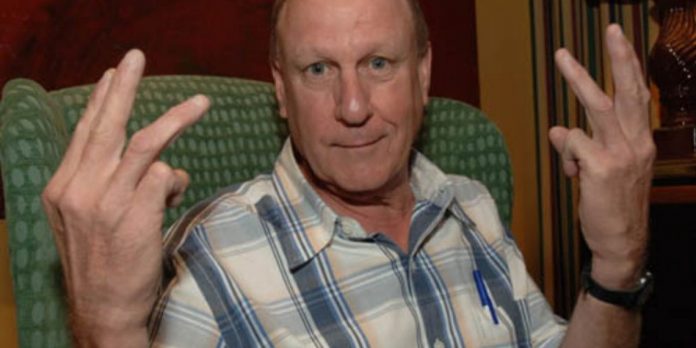 Dave Hebner, a legendary WWE referee and longtime WWE road agent, died at the age of 73.

The announcement was made on Twitter this evening by the official Twitter account for Dave’s nephew, referee Brian Hebner, who hosts the “Refin’ It Up” podcast.

Dave died at his home in Mechanicsville, Virginia, about noon today, according to Slam Wrestling.

Dave had struggled with Parkinson’s Disease, which had become more well-known in recent years. As seen in the tweet below, Hebner’s illness was disclosed in late May after Hermie Sadler paid him a visit at his house.

In the 1970s, Dave and his brother Earl Hebner started working for the NWA and its affiliates. Earl moved on to Jim Crockett Promotions, while Dave signed with WWE. Earl officiated the WWE Main Event match between WWE Hall of Famers Hulk Hogan and Andre the Giant in February 1988, which was the first live pro wrestling special on aired TV in decades. Despite Hogan’s shoulder being raised, Earl counted the pin and named Andre the new champion, which led to WWE Hall of Famer Ted DiBiase buying the belt from Andre that night. Dave was scheduled to be announcing the match that night, but he was stopped from doing so, and Earl, who was in The Million Dollar Man’s pocket, was covertly replaced. The general public was unaware that The Hebners were twins, which garnered a strong reaction.

Dave developed knee problems and had to retire as a result of knee replacement surgery. He moved into a behind-the-scenes role with WWE, where he worked as a producer/road agent until his dismissal in July 2005. The Hebners went on to work for TNA/Impact Wrestling, and Dave had previously stated that he had been depressed for a long period as a result of his loss of employment with WWE.

Dave and his wife Rebecca had been married for many years. They met when they were youngsters and married on September 20, 1968. Christina and Becky were Dave and Rebecca’s two daughters.

I’ve said many times that friendships and relationships are very important to me. Took the time today to go visit Dave Hebner. The Hebner family is so special to my family. Join me in sending some positive vibes his way !! @BrianRDJames @WWEArmstrong @RealJeffJarrett @WWE pic.twitter.com/G8SHrs9jqa