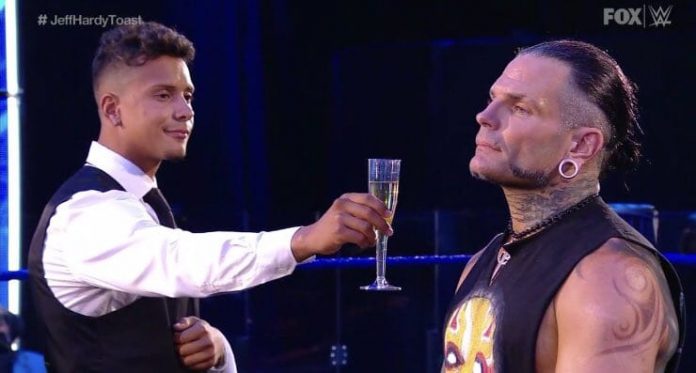 The bartender in the Jeff Hardy and Sheamus segment from this week’s episode of SmackDown was indie talent Vinny Mac (real name Vinny McParland), the Local Competitor Twitter account has revealed. Mac primarily wrestles for World Xtreme Wrestling, which is run by WWE Hall of Famer Afa from the Wild Samoans.

Mac also wrestled a matchup in NXT back in 2018, where he teamed up with Justyn Glory and Cesar Rise to take on the Forgotten Sons faction.

Vinny also had 1 WWE match. He competed on the 10/3/18 NXT episode in a 6-man tag team match as Vinny Mixon where he teamed with Torry Kirsh/Justyn Glory @JustynGlory & Cesar Rise/Rayo @Rayowrestles against The Forgotten Sons. #WWE #SmackDown #WWENetwork pic.twitter.com/1RDLEFPWvO