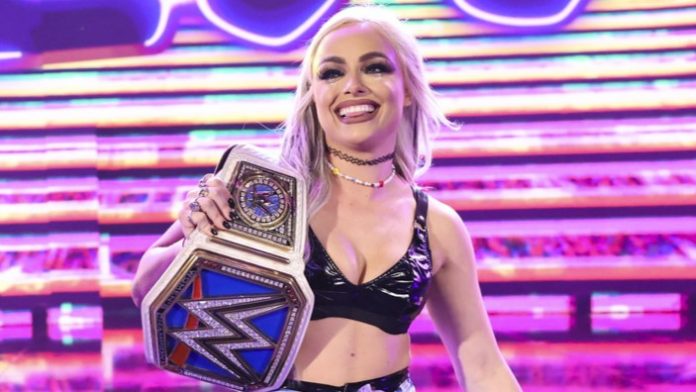 Following her tease of changing her hair color, Liv Morgan has fans talking about her new look.

The SmackDown Women’s Champion uploaded a Photoshopped image of herself with brunette hair to Twitter. “Stay tuned,” she later tweeted in response to G4TV host Fiona Nova, who expressed her support for Morgan’s new look.

Morgan has been seen on television in recent weeks wearing an arm brace to sell the injury she suffered at the hands of Ronda Rousey at SummerSlam when Rousey tapped her out with an armbar. The referee, however, decided to count the pinfall and awarded Morgan the victory.

The SmackDown Women’s Championship will be up for grabs when Morgan faces Shayna Bazler at the Clash at the Castle event in the UK next month.