The WWE Universe is buzzing over the possibility of Sasha Banks returning in time for SummerSlam.

The annual pay-per-view event takes place on Sunday, August 11 at the Scotiabank Arena in Toronto, Ontario, Canada and the absent WWE Superstar is featured on promotional material for it. “The Boss” is featured on this graphic, which is getting a lot of attention on social media. 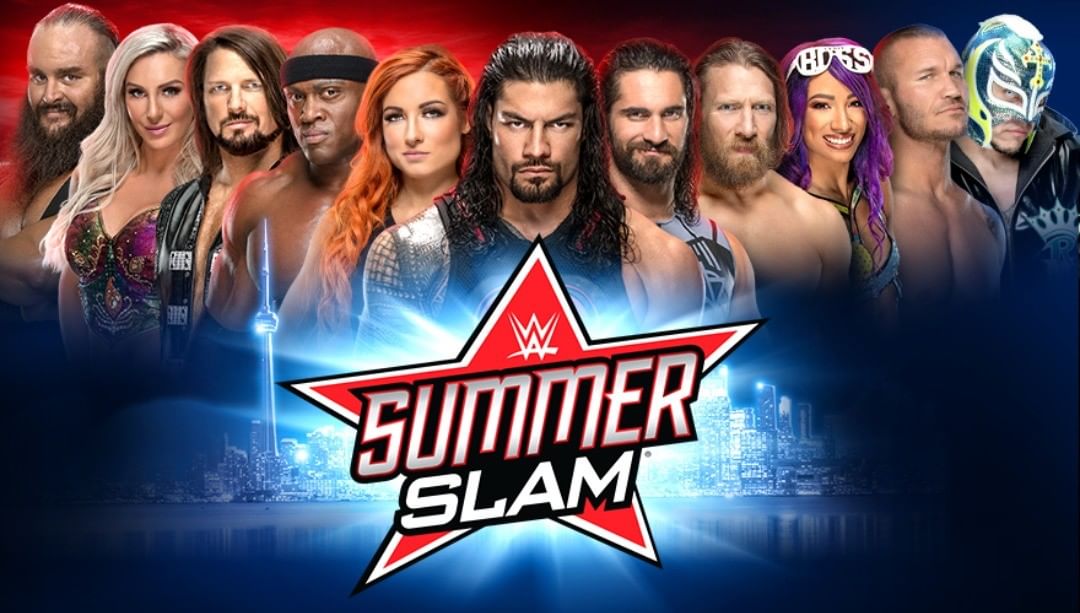 This graphic comes from the SummerSlam event page on the Scotiabank Arena’s official website. The graphic, however, was created when SummerSlam tickets went on sale in February, which predates her going on hiatus from WWE in April. Both sides are said to be on speaking terms though.

In the most recent update on her WWE status, Tom Colohue of Sportskeeda reported last Monday: “While WWE and Banks are in continual contact and there have been discussions about how to encourage her back, I’m told that WWE aren’t particularly unhappy with the situation.”

Colohue was told by a WWE source that her hiatus “is not being considered as anything too out of the ordinary” since she’s taking time off.

“A few people asked for time off after WrestleMania. Sasha Banks has worked extremely long and extremely hard. She’s earned it,” the source said. “They’ve gone with Bayley and she’s doing well. When Sasha comes back she’ll slot right back in.”

Dave Meltzer reported in the Wrestling Observer Newsletter that Banks had a meeting with Vince McMahon on May 24. He also noted, “Things are said to be better and she could be back sometime this summer but nothing is official.”

Meltzer was first to report that Banks tried to quit WWE after feeling “blindsided” over their decision to have her and Bayley drop the WWE Women’s Tag Team Championship at WrestleMania 35. They were not informed until the day of WrestleMania 35 that they would be losing the titles to The IIconics in a Fatal 4-Way Match that also included Beth Phoenix and Natalya, and Nia Jax and Tamina.

Banks and Bayley lost the WWE Women’s Tag Team Championship less than two months after they winning the titles at the Elimination Chamber pay-per-view.

Banks and Bayley were vocal about their desire to make the titles meaningful. As a result, Ryan Satin of Pro Wrestling Sheet also reported that Banks and Bayley were “laying on the floor of the locker room on [WrestleMania] Sunday, and back at the hotel in front of one of their rooms, loudly making it known they were unhappy about losing the tag titles.”

As part of the Superstar Shake-up, Bayley was moved to SmackDown LIVE and Banks was kept on the Raw roster. Bayley then said that she is on her own again as a singles competitor, which means The Boss ‘n’ Hug Connection has likely come to an end. She now reigns as SmackDown Women’s Champion.

Sasha’s contract status isn’t publicly known, but WrestleVotes reported in May 2018 that she re-signed with the company then, which suggests there could be multiple years remaining on her deal.