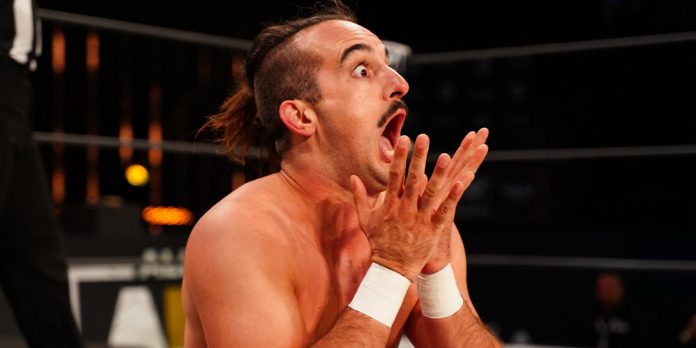 As we’ve noted, many AEW contracts are set to expire as the company’s first round of deals are coming due at various times.

In an update, Fightful Select reports that Avalon’s deal was set to expire over the next few weeks from mid-December, but there’s no update on the official status of the contract, and if it’s been extended, renewed or expired.

There were plans for Avalon to appear at the upcoming AEW Dark taping in Orlando as he was pulled from a planned booking at Zicky Dice’s Outlandish Paradise on Saturday, January 15.

Avalon made his debut at Fight for The Fallen 2019 on July 13 of that year, losing to Sonny Kiss in a dark match. Since then he was worked matches for Dark, Elevation and Dynamite, but primarily on the Dark shows. Avalon, currently in The Wingmen stable with JD Drake, Cezar Bononi and Ryan Nemeth, last wrestled at the December 3 AEW Dark taping, teaming with Bononi for a loss to Wheeler Yuta and Orange Cassidy. He also worked the Elevation taping earlier that week on December 1, teaming with Bononi and Drake for a loss to Lee Johnson, Brock Anderson and Dustin Rhodes.

While with AEW, Avalon has continued to work for various indie promotions.

Stay tuned for more on Avalon’s AEW status and more on AEW contracts.