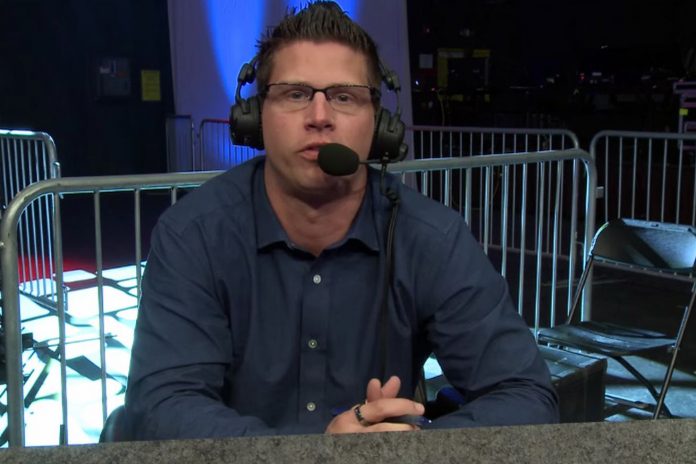 Josh Matthews made an appearance on The Cut Pro Wrestling Podcast to discuss a wide range of topics. Here are the highlights:

“I remember that first show was the show that my wife, Madison Rayne, was announcing her, I don’t know, first retirement. Maybe second or third at this point. I can’t keep up with how many times she’s retired but, and she did it on the kickoff show and I remember telling her, ‘You got five seconds left. Like you’ve got to wrap up’ and she’s crying because it’s emotional and that got her right back into it you know? It was tough and I remember saying to our director Dave Sahadi, ‘I’m not cutting her off. If she goes on through the pay-per-view, this is how we’re starting the pay-per-view.’ Kind of half-joking but, you know, those are the things that are happening in the moment that no one ever sees but it’s a lot of fun to talk about afterwards at the bar.”

Being released by WWE and joining Impact Wrestling:

“From a broadcaster standpoint, I don’t really have — I mean I got to call WrestleMania which was awesome, which is something that I’ll never forget but, you know, coming to IMPACT was something that I’ll also never forget. The day that WWE and I decided to part ways, my contract was coming up and I knew that we were going to part ways. I was told at 9 AM in Stamford, Connecticut where I lived at the time and as I was driving home, I called Taz and IMPACT happened to be taping in New York that same day and he said, you know, ‘How quickly can you get to New York?’ I said, ‘40 minutes on the train.’ So I went from Titan Towers to Manhattan and by 2 o’clock, had a handshake [agreement] to come and start at IMPACT so, that to me is one of my biggest moments because you go from this low of lows, like you know it’s gonna happen, I was told it was gonna happen, I knew it was gonna happen. But to have it happen and just a few hours later, you know, shake hands with people at IMPACT and see Bob Ryder who I hadn’t spoken to in years and Bob had given me a TNA contract when TNA had first started that I never — that we ripped up and threw away because I went to go work for WWE so, to see people like that and then to go from, you know, crying to having this feeling of, ‘Okay, everything’s gonna be okay now’ so that’s me — probably one of my favorite memories in wrestling.” 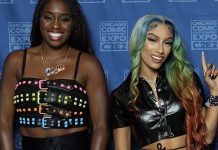