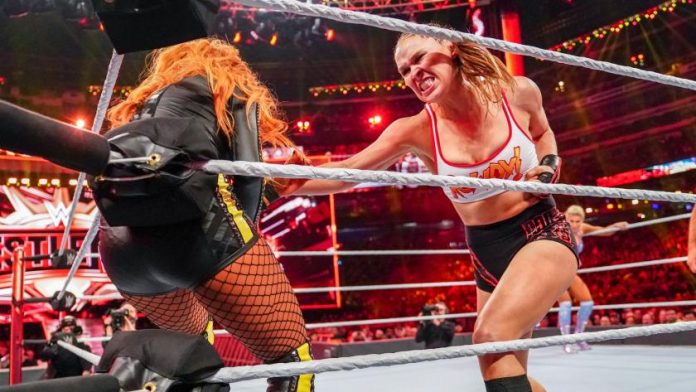 SI.com noted the following about the finish of Becky Lynch vs. Ronda Rousey vs. Charlotte Flair at Wrestlemania 35:

“Multiple sources close to WWE have confirmed that the controversial finish of the WrestleMania 35 main event went off as planned.”

Dave Meltzer of F4WOnline.com also commented on the finish:

“The finish of that match, among other things, is for the hope that there’s a Ronda Rousey/Becky Lynch match.”

Rousey was backstage at RAW even though she did not appear on camera. As previously noted, it’s believed that Rousey suffered a broken hard at Wrestlemania. Rousey’s hand can be seen in a cast in this photo with Bret Hart: