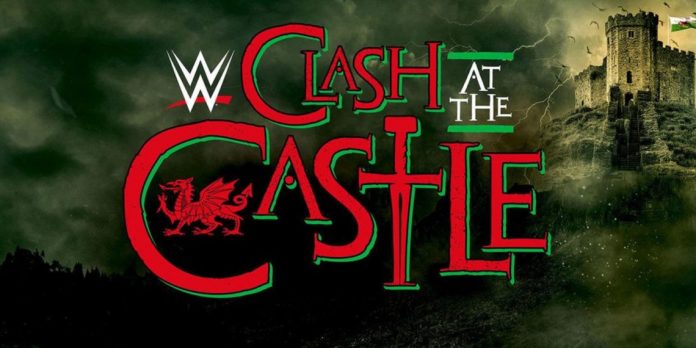 Karrion Kross is backstage at Cardiff’s Principality Stadium for today’s WWE Clash at the Castle event. Kross was seen arriving at the venue with Scarlett, as seen below:

Kross hasn’t been advertised for the show, but he could make an appearance or even participate in the main event, which features Undisputed WWE Universal Champion Roman Reigns defending his title against Drew McIntyre.

Kross made his WWE debut alongside Scarlett Bordeaux on the August 5th episode of SmackDown, attacking Drew McIntyre.

Scarlett put the hourglass into the ring after laying out the top WWE star, signalling to Reigns that his time was running out. WWE fired Kross and Scarlett last November.

PWMania.com will begin coverage of Clash at the Castle with the main card at 1 p.m. ET.