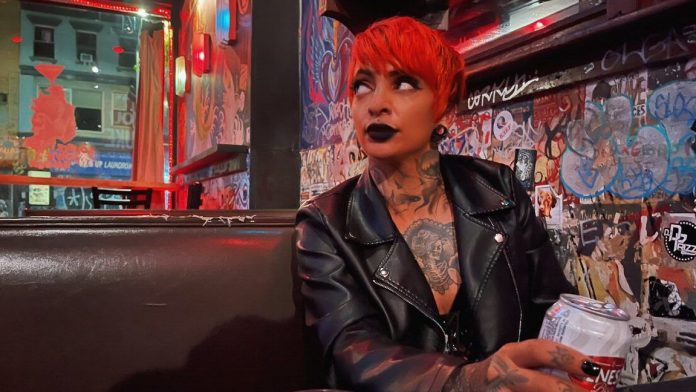 While competing on the AEW All Out ‘Zero Hour’ pre-show, Ruby Soho suffered a broken nose.

In their attempt to win the AAA World Mixed Tag Team Titles, Soho and Ortiz teamed up to take on Tay Conti and Sammy Guevara. Conti finished the match by pinning Soho after delivering a knee strike to Soho’s face. A referee helped Soho to the backstage area, and she was holding her nose while blood came out of it as she went.

Due to the injury, the AEW star was unable to perform for 1PW in the United Kingdom on October 1, as was originally scheduled.

In a video that was uploaded to the promotion’s website, Soho revealed that she was going to have surgery and that she would not be able to participate in the appearance. Her nose is broken in two places.

“Hey, 1PW fans. It is yours truly, Ruby Soho, here with some disappointing news. Now, due to the injury that I received at All Out, a broken nose in two places and a mess of a septum, I have to have surgery, and due to the scheduling of that surgery and the recovery time, I won’t be able to make it to the show on October 1st.”

Soho apologized to the fans for missing the show and hopes to be back for the 1PW show in February.

Due to an injury, @realrubysoho will no longer be appearing at A NEW TWIST OF FATE on October 1st. A replacement will be announced later on this evening.

Ruby will now make her 1PW debut on February 18th at NO TURNING BACK in Lincoln. pic.twitter.com/cufjmToTUX


(h/t to Wrestling News for the transcription)