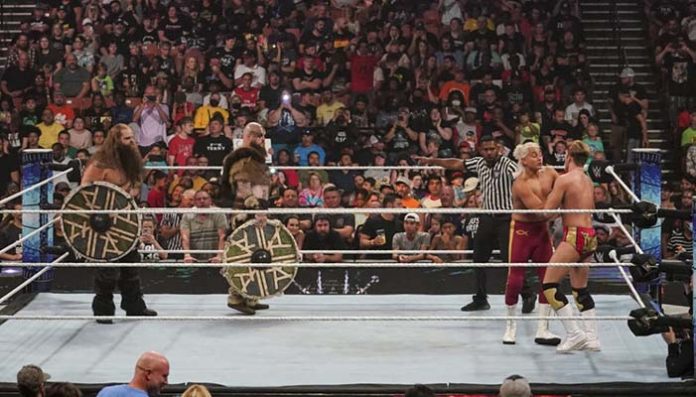 Over the years, Kross has performed on multiple occasions for AEW and ROH. At the Dark tapings on July 16, he lost to Cezar Bononi in his final AEW match to date.

It appears that well-known Southern professional wrestlers served as inspiration for the names of Friday’s enhancement performers. The Tommy Gibson name may have been a reference to Tommy Rich and WWE Hall of Famer Robert Gibson, or even WWE Producer James Gibson, better known as Jamie Noble. The Mulkey name may have been a reference to the infamous tag team of jobbers, The Mulkey Brothers.

Here is footage from the squash match on SmackDown: