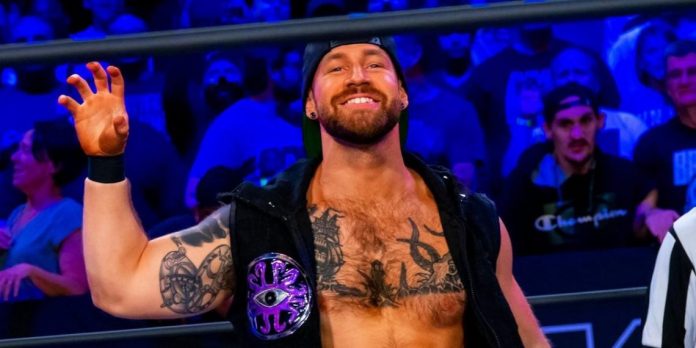 For Thursday’s post-Against All Odds edition of Impact Wrestling, Alan Angels, a former AEW talent, has been officially announced.

As said, this past Friday saw Angels, the former 5 of The Dark Order, leave AEW after his contract with the company expired the day before. Angels stated that although AEW declined to re-sign him, they did make him an offer for a per-night contract, which he declined.

In an update, it was revealed today that Angels would compete against X Division Champion “Speedball” Mike Bailey with the championship on the line during Thursday’s Impact show. Last Friday night at Against All Odds, Bailey defeated Trey Miguel to win the title. Following his victory, Bailey declared an open challenge because he wants to become a fighting champion. That challenge has been accepted for this Thursday night by Angels.

Since earning the belt on June 19 during Ultimate X at Slammiversary by defeating former champion Ace Austin, Andrew Everett, Alex Zayne, Kenny King, and Miguel, Bailey will be making his second title defence. The victory over Miguel on Friday was his first title defense.

Angels will make his Impact debut on Thursday. We will keep you informed if there is any new information on whether he has signed a contract with the company or whether he will keep appearing for them.

At the Impact TV tapings on Saturday, Angels vs. Bailey was taped. Click here for full spoilers.

Here is the announcement on Angels vs. Bailey:

.@SpeedballBailey defends his X Division Championship against @Alan_V_Angels who makes his @IMPACTWRESTLING debut THIS Thursday at 8/7c on #IMPACTonAXSTV!#IMPACTWRESTLING pic.twitter.com/2GCWrKOpIO