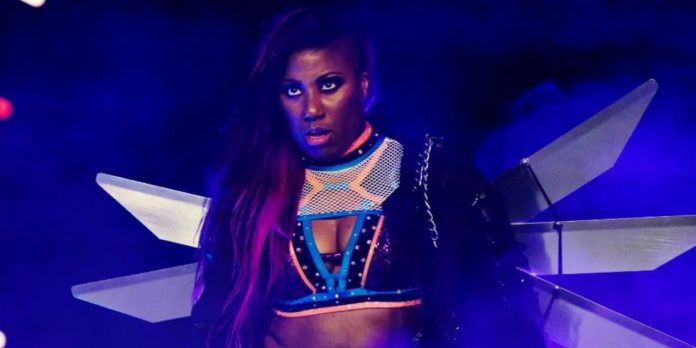 AEW Star Athena (Ember Moon) recently made an appearance on AEW Unrestricted for an in-depth conversation about various topics. During the discussion, Athena opened up about signing with AEW after being let go by WWE due to budget cuts.

“When I left the other company (WWE), I didn’t know if I wanted to wrestle again. It was just like, ‘Oh, this was like my big dream.’ There had always been AEW. It was just always like, ‘Man, it looks like they’re having fun. That’s what I thought I was signing up for’, and just watching and dealing with what I was dealing with, and then seeing this, and I’m like,’ Oh my gosh, this looks like much fun.’ Then once I actually left, I was like, ‘I think I’m good’, and then it became ‘Oh crap. How are we going to pay the bills?’, because we just bought a house and I was like, ‘Well, I guess I gotta wrestle to pay these bills.’ I went to college for six or eight years, but I never want to pick up a book ever again. I don’t want to finish any of those degrees that I started. It’s just not my jam, and I was like, ‘Alright, let’s lace up the boots.’”