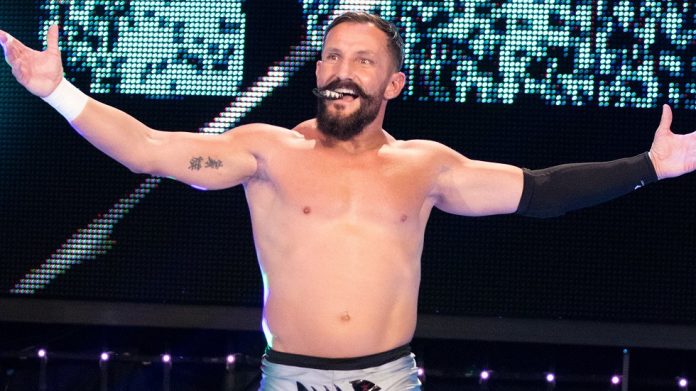 On this week’s edition of WWE NXT, Bobby Fish appeared to have been injured during the Undisputed Era’s tag team title match against Keith Lee and Dominik Dijakovic. Fish ended up being replaced by Roderick Strong in the match after the commercial break.

Mike Johnson of PWInsider.com noted the following regarding his condition:

“The belief among those we have spoken with is that there was concern Fish might have been hurt or knocked for a loop taking his bump to the floor. We are told he was walking around backstage after the show and seemed to be OK.”

My guess is Bobby Fish got hurt on this spot before the commercial break. #WWE #WWENXT pic.twitter.com/04DQqZ0scs