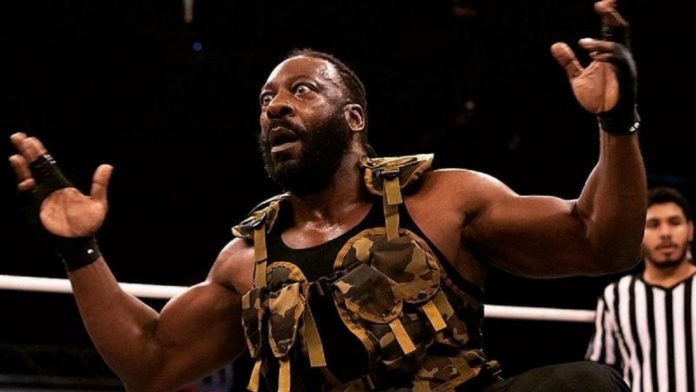 WWE Hall of Famer Booker T, who is 57 years old, came out of retirement on Saturday night to compete for his Reality of Wrestling promotion. In order to take on Team Sharmell’s Gino Medina, Stephen Wolf, Will Allory, Edge Stone, and Ryan Davidson, Booker T teamed up with Mysterious Q, Bryan Keith, Blake Cortez, and Gaspar Hernadez. The ring attire worn by Booker T was a throwback from his reign as WCW television champion.

Below are photos and a video:

Got to step back in the ring last night at Reality of Wrestling and it felt GOODT! pic.twitter.com/43VmeFdOjz