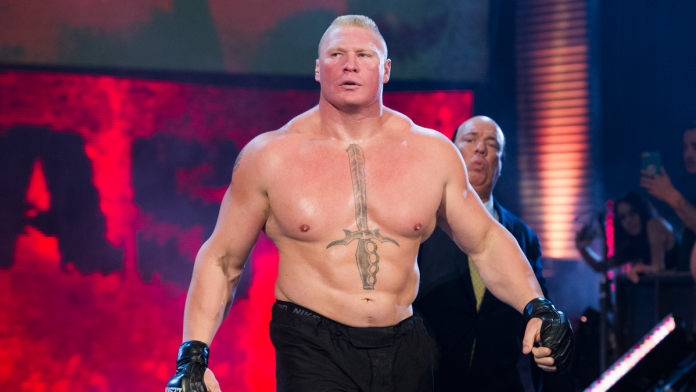 As confirmed by the advertisement from WWE’s Royal Rumble, Brock Lesnar has been reported as the central key player for the event, in addition to the pay-per-view. Brock Lesnar recently had a throw down with Roman Reigns for the WWE Crown Jewel tomorrow, in which he lost, meaning Roman retains the title. While there has been plenty of talk surrounding this couple and their past feuds against one another, the new advertisement by Royal Rumble will hint how long the rivalry between the pair will actually last, which will be way beyond the Saudi Arabia show in such cases.

You can check out the latest wrestling odds over at William Hill, to ensure that from a gambling perspective, you stay up to date with the latest developments as they happen. While the Royal Rumble is expected to be for January, Brock and Roman are continuing their beef up until the Rumble Event itself, meaning the heat will be simmering for the months leading up regardless. WWE keep their storyline foxed to engage hype and excitement around huge events cleverly, meaning to expect anything less than heat from the pair would be illogical. Both characters will be central and front figures for the events ahead in 2021-2022.

Posters for the Royal Rumble have also suggested that Bianca Belair will indeed have that long-awaited face off with Becky Lynch, in addition to Big E being involved with future Lesnar and Reigns storylines too. A possible huge match of his own and an unknown opponent may also be possible too. However, most interestingly, the fighters are not showing off any signs of their belts, which means that WWE wishes to give nothing away to fans at all, meaning the storyline could be subject to change closer to the time.

Lesnar being in the Rumble has not occurred since the last time he dominated, back in 2020. He was eliminated by his opponent at the time, Drew McIntyre, meaning there could be a possibility that WWE could consider a comeback for McIntyre too. However, nobody will know that for sure until the press release comes out, to finalise that. There could be a chance that he will be brought in again for the 30-man Battle Royal, even though there was no contribution from Drew in the last pay-per-view last year.

A return in the Royal Rumble is always something to look forward to regardless of whoever the appearance comes from. Of course, Rumble usually has no business with those that have previously won, meaning they tend to not be invited back to the main events like Wrestle Mania. Lesnar being back and also reigning supreme is not a worst-case scenario at all, and in fact, it would certainly be either surprising or satisfying-and never disappointing. One thing that is always guaranteed from Lesnar, is the fact that he is hugely entertaining and knows how to put on a good show regardless of who his opponents actually are in the ring.

The WWE insider social media accounts such as Twitter have also come out with the disappointing news that the finish to the men’s Rumble will not be as expected, however this is just one credible source, and could be used to put fans off track in terms of aligning possible outcomes. Fans should know that such tactics have been used many, many times before, and that is the habit of how WWE tends to do things in the long term.

However, there have been other reports to suggest that the comeback of Lesnar is to secure a spot within the upcoming Wrestle Mania, and it is all a plot and staging to surpass events correctly. Rekindling the rivalry is another way of making things exciting with some healthy rivalry. Lesner choosing to do so will also open the door straight towards the universal champion spot that is owned by Roman. It would be a walk down memory lane, and one can imagine the attendance and support of fans from all over the world, as such competitors account for the grandest of stages in terms of fighting potential.

Fans have probably come to a conclusion now that WWE are doing everything in their power to attain their interest and keep them interacting with the upcoming wrestling events that are set to run through 2022. Whatever they do throw in the path of entertainment, Brock is believed to have secured at least a 18-month contract with WWE, meaning if other things do appear out of the bag, with rendezvous of old rivalries, fans should not be too surprised as it is Lesnar after all.