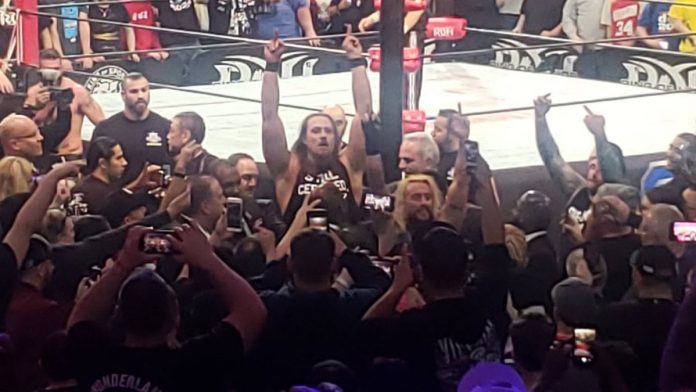 In an interview with Sports Illustrated, Enzo Amore and Big Cass reacted to their appearance at the ROH/NJPW G1 Supercard at Madison Square Garden.

Enzo: “It’s a dream come true to do what we did, and that’s have a fist fight in Madison Square Garden. We walked out of there on our own terms, with our middle fingers in the air, on the first card not by a McMahon in over 60 years.”

“We’re going where we want, when we want, and nobody can put a filter on us now. Our goal is to be the top act in the entire world of pro wrestling. In the social media era, we’re the f—ing Road Warriors. We’ve got nothing else to lose, so we’re going to take it all.”

“It’s been well-publicized that Cass had a health scare and suffered a seizure at a House of Hardcore wrestling event,” added Enzo. “Once I saw that footage, I thought about my friend—a guy I traveled the world with and had experiences that I can’t share with any other human—and I couldn’t risk losing that forever. Pride aside, I reached out.”