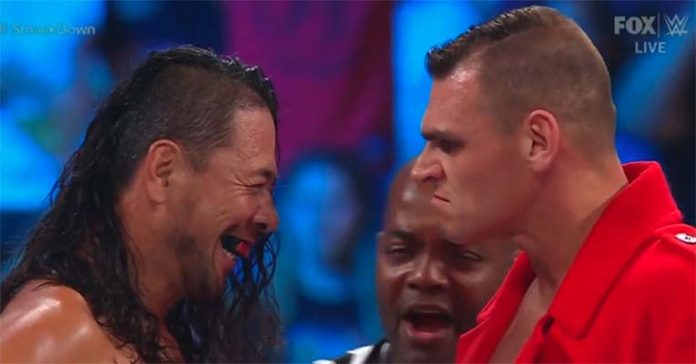 Nakamura won the singles match on this week’s post-SummerSlam episode of SmackDown on FOX by defeating Ludwig Kaiser. The title contest between Nakamura and Gunther has been scheduled for next week’s SmackDown from the PNC Arena in Raleigh, North Carolina, as per the terms of the agreement.

Here are a few shots from the Kaiser vs. Nakamura match: