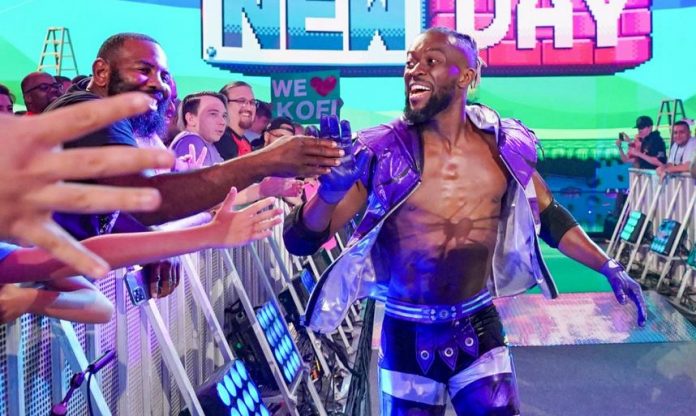 Kofi Kingston recently spoke with Steve Fall from the Ten Count for an interview covering all things pro wrestling ahead of this weekend’s Royal Rumble.

During the discussion, Kingston said he doesn’t consider himself to be “Mr. Royal Rumble,” despite being part of several big Royal Rumble moments:

“No, because I haven’t won yet,” Kofi said. People say, ‘Well you have a good moment’, but to me the best moment would be to actually win or at least make the final four. So I hold myself to a really high standard. How can I claim to be Mr. Royal Rumble and I’ve never, you what I’m saying? I can’t embrace it. I know that I’ve had a lot of great moments and I’m appreciative of all of that, but the goal is ultimately to win. If I could trade in all those moments for one Royal Rumble win, I probably would because like I said, a chance for the WWE title is just so few and far between and so rare, and for me, it’s obviously been really rare because I’ve had one shot, but I’m batting 1000. You know what I’m saying? Your boy hit a home run out of the park. I did it when I had the opportunity. In order to take that moniker, you gotta have at least one win under the belt. If I were to win one, then I would definitely embrace it because then you’ve done it all. You know, you’ve done what you’re supposed to do in the Royal Rumble.”