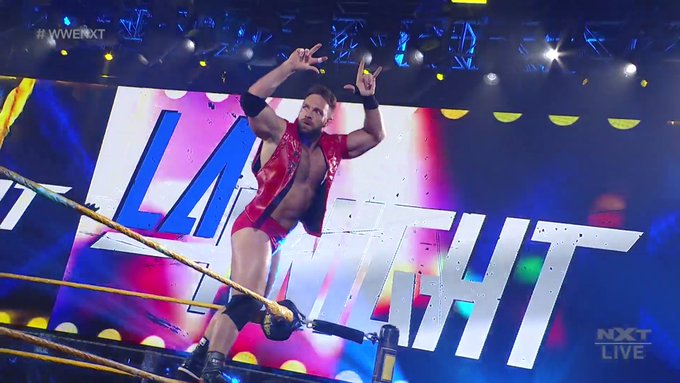 As noted, Sunday’s “Takeover: In Your House” event saw Knight defeat Cameron Grimes in a Ladder Match to win the Million Dollar belt. Knight appeared on Busted Open Radio today and said despite feeling banged up and beat up from the match, he’s feeling “pretty damn amazing” today.

Knight also said DiBiase will be sticking around the NXT brand. He then teased a surprise he has for The Million Dollar Man.

“Ted’s still going to be around,” Knight revealed. “I need him, I want him to be there. I think I have a pretty big surprise coming for him, because I owe him, big time at this point. So I definitely want to make sure that he’s around for sure.”

While Knight is focused on being the Million Dollar Champion, he said he still has his eye on the NXT North American Title, currently held by Bronson Reed, and the NXT Title, held by Karrion Kross.

“You’re talking about an iconic piece of this whole business,” Knight said. “Anybody who’s watched in the last thirty years knows that thing, and it’s such like, it spurns excitement from anybody that sees it. I feel like it’s created a new importance for the title, because it’s one of the first times its been fought for. Usually it’s been assigned to somebody or (someone) was chosen as champion or whatever. But we actually had to make that climb up that ladder and grab it. Instead of grabbing the brass ring we grabbed the gold belt.