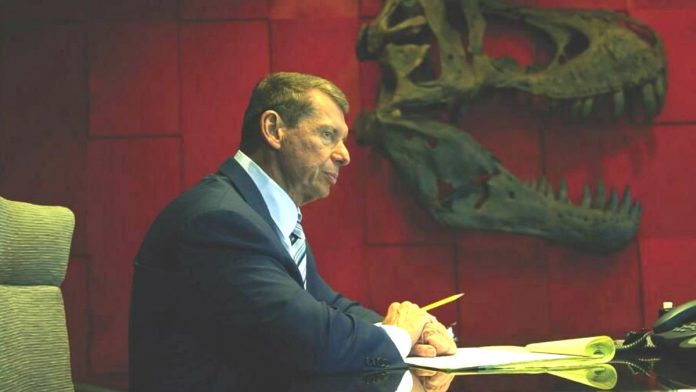 WWE was previously sued by stockholders who felt the company misrepresented the nature of its business dealings in Saudi Arabia. That lawsuit was settled in November 2020 for $39 million dollars.

Another lawsuit has been filed against the company for allegedly failing to disclose information about the collapse of Middle East broadcasting deals while WWE officials were said to have sold more than $300 million worth of stock at inflated prices. Among the names listed in the lawsuit are Vince McMahon, Stephanie McMahon, and Paul Levesque aka Triple H.

Here is an excerpt from the lawsuit:

The full truth about the Company’s inability to secure a media rights deal with the Saudi Arabian government and its effects on the Company’s revenues would not be revealed until February 6, 2020, when the Company issued a press release, reporting disappointing financial results for fourth quarter 2019 and reduced guidance for full year 2020. The press release revealed that the Company had achieved just $180 million in adjusted OIBDA for the year due to the failure to complete the MENA distribution agreement with the Saudis. This news reflected that the OSN Agreement had terminated earlier that year, meaning the Company lost WWE Network subscribers who previously had accessed it for free as OSN subscribers when the OSN Agreement was still in place.

The following claim was later made:

During the Relevant Period, when WWE stock was trading at an artificially inflated rate due the false and misleading statements described above, Individual Defendants V. McMahon, Barrios, Wilson, and Gottesman utilized material, non-public information and sold over $313 million worth of Company stock between November 2018 and February 2018.

The complaint lists the cause of action as “Breach of fiduciary duty; unjust enrichment; aiding and abetting” and the plaintiff is seeking “punitive and actual damages, costs, and fees” in relief.