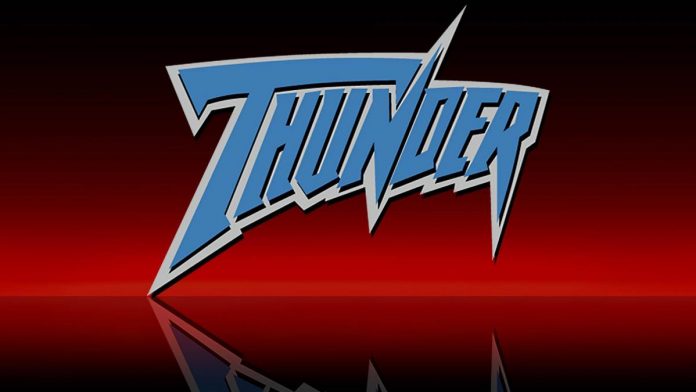 More episodes of WCW Thunder are being added to the WWE Network next week.

According to a report today by WWE Network News, 20 episodes of Thunder are being added to the WWE Network next Monday.

The first 77 episodes of Thunder were added to the WWE Network on March 18, 2018. The episodes range from the show’s premiere in January 1998 to the end of August 1999. WWE hasn’t added any additional episodes since then, so this next batch should extend to early 2000.

The huge popularity of WCW in 1996 and 1997 resulted in the creation of Thunder, a two-hour show that aired on TBS from January 8, 1998, until March 21, 2001. Turner Broadcasting executives asked Eric Bischoff to launch the show, but he was reluctant to do so because he felt the overexposure of an additional two hours a week would make storylines less significant.

Through the summer of 1998, WCW’s top stars appeared regularly on the show, including Hollywood Hogan, Randy Savage, Sting, and The Outsiders. When that stopped happening, the show largely centered around mid-card wrestlers, with one or two top stars, and wrestlers who rarely appeared on Nitro. This, however, changed at the end of 1999.

On the December 6, 1999, episode of Nitro, The Powers That Be (Vince Russo) asked color commentator Larry Zbyszko why Thunder “sucked so much.” Zbyszko said that there were no big stars on Thunder. The top stars immediately began appearing on Thunder again and it stayed this way until the final episode.

Turner Broadcasting executive Jamie Kellner canceled Thunder in March 2001. WCW’s trademarks and certain assets (such as its video library and the contracts of 24 wrestlers, though not the company itself (which still exists as a Time Warner-owned legal entity under the name Universal Wrestling Corporation), were bought by the WWF (now known as WWE).