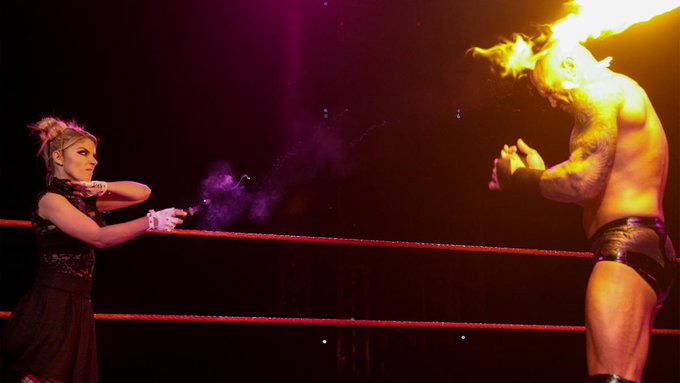 – According to a report on Fightful Select, the fireball segment with Randy Orton and Alexa Bliss had always been the plan for the ending of RAW so Drew McIntyre being pulled from the show didn’t change anything. While the fireball wasn’t computer generated, it was said to be “heavily edited” prior to airing.

The segment drew well for WWE on YouTube with the video garnering over 3.7 million views as of Sunday afternoon.

I remember receiving a prognosis about how long I was going to be out.

I became very angry when I heard that.

I woke up everyday with that anger & made it work for me.

And to this day,

I will become Champion once again.