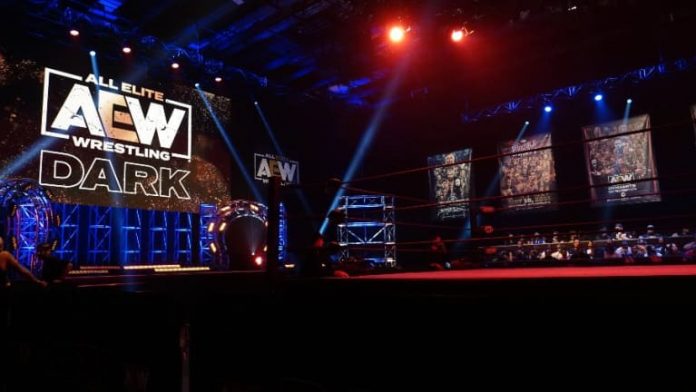 According to reports, Karter was fired by WWE for breaking a “regulation.” Donovan failed a drug test, according to a later claim by Dave Meltzer in the Wrestling Observer Newsletter. John Laurinaitis reportedly advised Donovan to reapply for a job in a year if everything is in order so that he can eventually return to the company. Because some NXT episodes were pre-taped, Donovan appeared on one more episode before his exit from TV. The following week, it was implied that he had been killed off because it was stated that he was “swimming with the fishes” after he had reportedly been tossed from a bridge.

Donovan has previously worked bouts for AEW. Last year, he had worked in some Dark tapings. Prior to Saturday’s taping, he last made an appearance on Dark on the show on October 23 alongside Carlie Bravo and Arjun Singh. They were defeated by Paul Wight in a 3-on-1 handicap match.

Parker Boudreaux also worked Saturday’s tapings. As a new addition to the Trust Busters stable he established at the tapings, he was presented by Ariya Daivari, now going by the name Ari. Serpentico was defeated by Boudreaux, who is using his real name, in a singles bout.

Earlier during the tapings, Daivari had a promo in which he said that because of the success of his trust fund, he is now the richest pro wrestler. Later, Slim J, a former ROH star who also made his AEW debut at the tapings, would be recruited by him.

Boudreaux joined WWE in February 2021 and was fired from the business this past May. He was dubbed “The Next Big Thing” by WWE and compared to Brock Lesnar, so they had great expectations for him. In October of the same year, he made his official debut and joined forces with Joe Gacy as Harland.

He had been hand-selected by Edge to be a part of The Judgment Day stable before his release. Boudreaux was unaware of it because it was such a big company secret.

As was previously mentioned, WWE “found something about Boudreaux” and the decision was taken based on that, as well as the belief that he had stopped improving and was stigmatized with the label of having been hurt a lot early on, which prevented him from joining the group.

Recently, Boudreaux participated in the 40-man Battle Riot match for MLW, which was won by Jacob Fatu.

You can check out photos from the AEW Dark tapings below:

Cole Karter the former Two Dimes is in the Dark Zone. #AEWDark pic.twitter.com/KGqf6NSQls