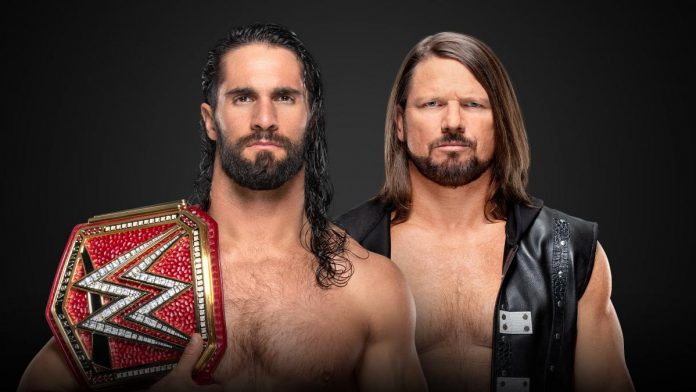 After moving to Raw in the Superstar Shake-up, AJ Styles is already getting a shot at the Universal Championship.

At WWE Money in the Bank, Styles will challenge Seth Rollins for the Universal Championship.

Styles defeated Baron Corbin in the main event of Raw to become Rollins’ next challenger. Styles vs. Corbin got set up after WWE sanctioned two Triple Threat Matches. Styles defeated Rey Mysterio and Samoa Joe, while Corbin beat The Miz and Drew McIntyre.

Raw ended with Rollins and Styles shaking hands in the ring and exchanging words.

Money in the Bank takes place on Sunday, May 19 at the XL Center in Hartford, Connecticut.