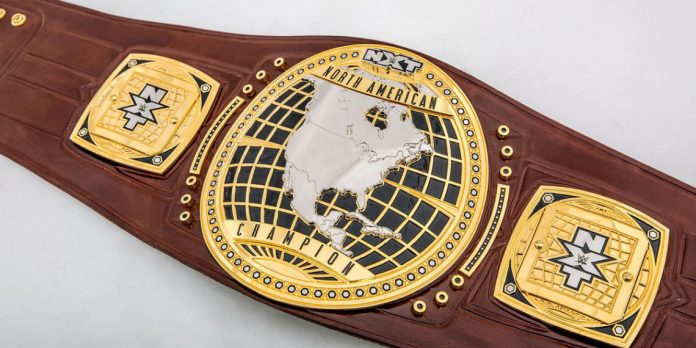 The Ladder Match for the vacant WWE NXT North American Title will be a five-man match at Halloween Havoc.

As PWMania.com previously reported, WWE Senior Vice President of Talent Development Creative Shawn Michaels forced Solo Sikoa to hand over the NXT North American Title because he was not the sanctioned opponent for last week’s match against former champion Carmelo Hayes. Michaels then announced a Ladder Match for the vacant title at Halloween Havoc, revealing that Hayes will have one of the spots.

The number of participants in the Ladder Match was initially unclear, but it has now been confirmed that it will be a five-man match.

Oro Mensah made his NXT debut Tuesday night, defeating Grayson Waller in a qualifier for the Halloween Havoc Ladder Match.

Next Wednesday, Wes Lee will face Tony D’Angelo in a Ladder Match qualifier. Lee stated in a backstage interview on this week’s show that he was given a free pass to the Ladder Match because he was voted to be Hayes’ challenger last week before Hayes and Trick Williams attacked him, but he asked to qualify for the match because he wants to earn his shot.

The match between Cameron Grimes and Joe Gacy next week appears to be a Ladder Match qualifier, but this has not been confirmed.

NXT Halloween Havoc is scheduled for Saturday, October 22 from the WWE Performance Center in Orlando, FL. It will air live on Peacock and the WWE Network. Here is the current announced card: