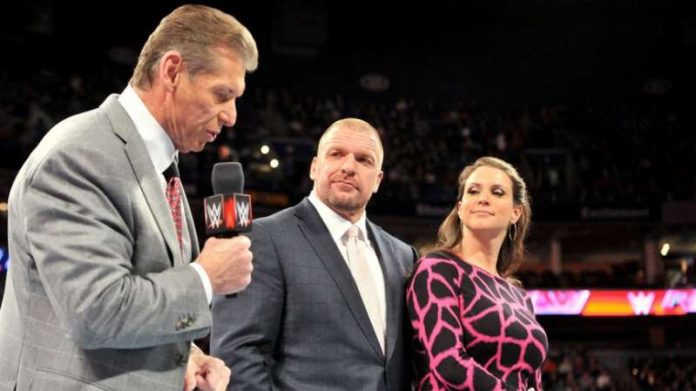 – Dave Meltzer of F4WOnline.com noted that those close to the situation in WWE are confirming a previous report that Triple H is “very frustrated with how things are going on the main roster.” Meltzer added that Triple H picks his spots to talk to Vince McMahon but doesn’t do it in front of other people. Stephanie McMahon reportedly has nothing to do with creative and Shane does pitch ideas for himself but they are said to be rarely used.

– According to F4WOnline.com, Nikki Cross will be Alexa Bliss’ replacement in the Money in the Bank ladder match on Sunday. The angle with Alexa and Nikki was done on RAW in case Alexa wasn’t able to be cleared for the PPV.