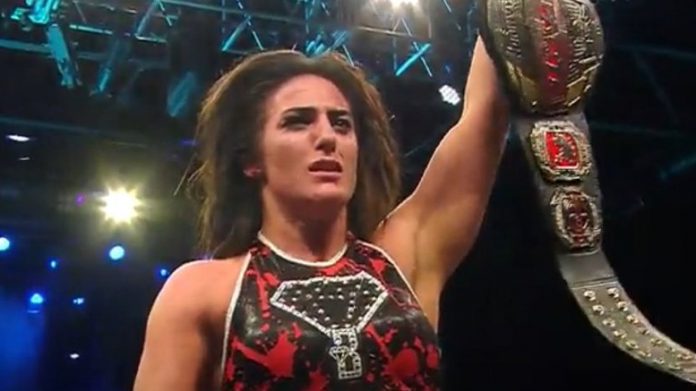 “I’m not holding my judgement on it. I’m serious. Big ups to Tessa Blanchard because she’s good. She’s really good at what she does, but this is the worst idea that IMPACT Wrestling ever had in the history of their company. It really is. It’s really that bad. It’s worse than paying me $10,000 for a six-hour power commercial that never aired. I’m serious. That’s how ridiculous it is.”

“Well my thing is this, okay, if Tessa Blanchard goes back and wrestles the women, she should be able to beat all of them. Now the woman that beat her, she’d be able to go out and beat the men too. The crossover of intergender wrestling is something that’s for independent companies, okay? If they want to be looked at as an indy group, keep doing stuff like this.”

“I don’t think this is what empowering women is what it really is meant to be, you know what I mean? I really don’t think so. Because I’m not saying that that Ronda Rousey is not a tough woman, but you put Ronda Rousey in there with Jon Jones and you watch what happens to her. You put her in there with the lower-level men and watch what happens to her. Or Amanda Nunez,” Booker said. “You don’t want to start want to playing and blurring those types of lines when it comes to performance especially when a man and a woman these days, you know, normally when a man hits a woman, he goes to jail. Okay? And I don’t want to see no man put a hand on my sisters, alright? Even as tough as my sisters are, I’m not fitting to have that and to actually see it play out and someone think that this is a good idea for television? For a man and a women to be fighting? It’s ridiculous.”